“Naftogaz of Ukraine” transferred “Gazprom” for 18 million dollars more than the amount that was agreed in the winter package of gas as required for procurement. 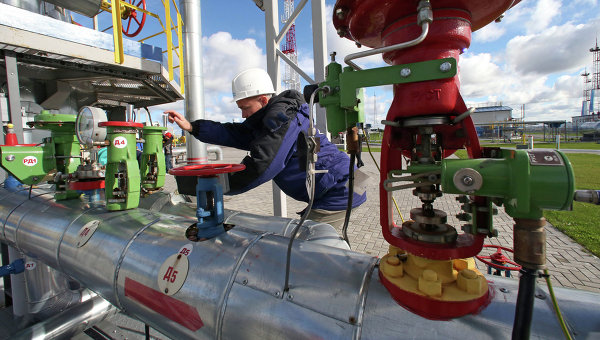 MOSCOW, 29 Oct. “Naftogaz of Ukraine” from October 12 to summarily transferred “Gazprom” 518 million advance payment for gas that exceeds the mandatory amount as part of the winter package.

“Naftogaz of Ukraine” transferred to Gazprom another $ 64 million as advance payment for the supply of gas”, — reported in “Gazprom” on Thursday, October 29.

In winter gas package, which Ukraine, Russia and the European Commission initialled on 25 September, agreed compulsory purchase “Naftogaz” from “Gazprom” gas credit on 500 million dollars attracted using the EC. When the price of a thousand cubic meters in 227.36 dollar volume of deliveries should reach 2.2 billion cubic meters.

Thus, from the beginning of the resumption of purchases of Russian gas (12 October 2015) Naftogaz summarily transferred to Gazprom 518 million dollars, 18 million exceeds the amount specified in the winter gas package as required for procurement. A source in “Gazprom” confirmed these calculations.

Operational data “Ukrtransgaz” show that since the resumption of Russian gas supplies to Ukraine from October 12 to October 27, from RF was delivered 1,726 billion cubic meters of gas.