KIEV, October 29. /Corr. Ihor Yashkin/. The Ministry of infrastructure of Ukraine may consider the issue of introducing a total ban on transit through its territory for Russian airlines. On Thursday in an interview with correspondent. said the spokesman of the Ministry Irina Kustovskyj.

“We do not reject this possibility, but any active action on this issue until (the Ministry) is not underway,” she said. 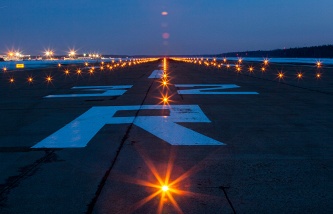 “We will consider this issue. Now there is the problem of the ban for Ukrainian airlines flights over the territory of the Russian Federation. Accordingly, there will be activities from the Ukrainian side”, – said the Agency UNIAN referring to the Deputy Minister.

Since August 2014, two Russian air companies “Aeroflot” and “Transaero” there is a special mode of transit through Ukraine. It provides that these airlines for each flight planned via Ukraine to Bulgaria, Turkey, Egypt, Greece and Israel should seek permission from the state aviaservice of Ukraine. However, it is prohibited the transit through Ukraine of military manpower, commodities, dual-use and military appointments.

Ukraine on 16 September introduced sanctions against Russian airlines, providing for “the limitation, partial or complete termination of transit resources, flights and transportations through the territory of Ukraine”. They began to act on October 25. In the list, in particular, was the largest Russian airlines “Aeroflot”, “Transaero”, “Siberia”, “Russia”, “Ural airlines”, “Orenburg airlines” and “, “Gazprom-Avia” and “Donavia”, “Kogalymavia”, “Flight”, Red Wings, “Rusjet”, “ruslayn”, “Yakutia”, “Yamal” other. These airlines in a list of 105 legal entities, to which the Ukrainian side has restrictions.