The President of Russia Vladimir Putin also said that he was glad to discuss with former head of France Nicolas Sarkozy on bilateral relations. 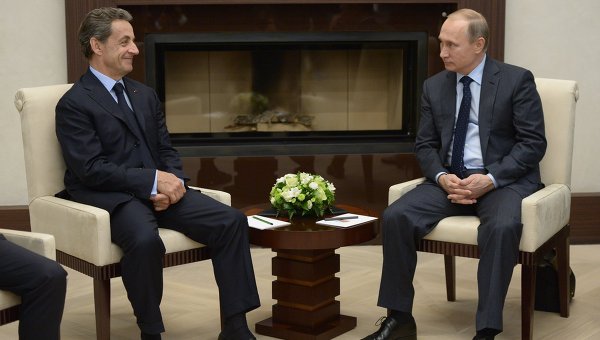 NOVO-Ogaryovo, 29 Oct. The President of Russia Vladimir Putin said that he was glad to discuss with former head of France Nicolas Sarkozy, the events in Europe and worldwide and bilateral Russian-French relations.

“We have not seen for a year. During this time there have been many events in Europe, worldwide and in our bilateral relations. Very happy to see you and be able to discuss all these issues”, — Putin said at a meeting with Sarkozy on Thursday.

Putin also congratulated Sarkozy on the successful lecture in Moscow and did not now how to address him: as the former President, or the doctor of Sciences. In the morning, Sarkozy delivered a lecture at the Moscow Institute of international relations, the departmental University, the Russian foreign Ministry, and received the title of honorary doctor.