MOSCOW, October 29. The Rosaviation has directed to the state aviation administration of Ukraine the proposal to continue bilateral consultations for the early resumption of air traffic, says the message of the Russian Department.

The Ukrainian side has closed its airspace to Russian airlines, and also has banned direct flights from Russia to Ukraine. Russia has used the response to the Ukrainian side. The ban came into force from October 25. 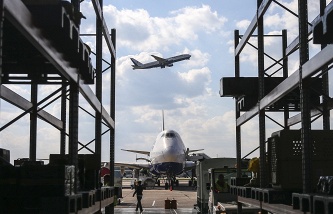 The aviation Department of the Russian Federation and Ukraine held in Brussels on 23 October, the negotiations on this issue. The Russian side proposed to cancel earlier made decisions and bilaterally to access the airspace of countries. However, the parties did not reach compromise.

Against the interrupted direct flights airlines of third countries have shifted the ridership, providing transit passengers. The price for tickets has increased in 2-2,5 times, said the Federal air transport Agency.

As previously reported, the Ukrainian carriers are addressed in Rosaviation with the request to take measures to maintain regular air traffic between the cities of Russia and Ukraine.

“Sharing the concern of carriers and given the absence of any reaction of the Ukrainian side on October 23, 2015 meeting, the Federal air transport Agency sent on 28 October 2015 to the state aviation service of Ukraine a letter in which once again outlined the essence of its proposal and expressed readiness to continue the dialogue for an early resumption of air communication between Russia and Ukraine on the basis of international air legislation and the existing intergovernmental Agreements on air communication and cooperation in air transport dated January 12, 1994”, – stated in the message of Federal air transport Agency.