PETROPAVLOVSK-KAMCHATSKY, October 29. /Corr. Elena Vereshchaka/. The government of Kamchatka suggested the Federal air transport Agency to consider the question of attracting airlines from China to organize flights between the region and other regions of Russia, and to make flights on a route Kamchatka – China. This was reported by the press service of the regional government. 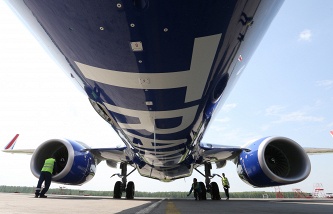 “The issue of air links with the region and worked with foreign carriers, particularly airlines in the PRC. Negotiations are conducted with the air transport companies with the technical ability to perform long-haul flights to modern aircraft. Potential partners are invited to organize and direct flights from Kamchatka to China”, – the press service quoted the Minister of transport of the region Vladimir Kayumov.

According to him, this is one of the proposals, which will replace airline “Transaero” airlines that have stopped flying to Kamchatka. However, the fundamental decision to cooperate with China must take it to the Federal air transport Agency. While there is an agreement with “Aeroflot” that it will take the load for passengers on the route Kamchatka – Moscow.

“Now the main task – to restore the number of flights, which were carried out in this direction previously. While drop down the flights of “Transaero” intends to take the company “Aeroflot “. The carrier is ready to send to Kamchatka extra flights”, – said Kayumov.

He added that the number of flights on a route Petropavlovsk-Kamchatsky – Moscow it is planned to increase after the completion of the transfer of “Aeroflot” number of planes “Transaero”.

“At present Aeroflot is taking comprehensive measures for relief of the far Eastern routes, including in Petropavlovsk-Kamchatsky. In order to replace canceled flights, the company is working on acquisition in leasing of 14 planes “Transaero”. It is expected that in November all the legal aspects will be settled”, – said the Minister.

Kayumov added that negotiations are under way with other Russian air carriers, and assured that before the end of the year the situation is normalized.