A year later, all sanctions will be lifted, said the head of the constitutional Committee of the state Duma Vladimir Pligin at the opening of the seventh Russian-German young leaders conference on Thursday. 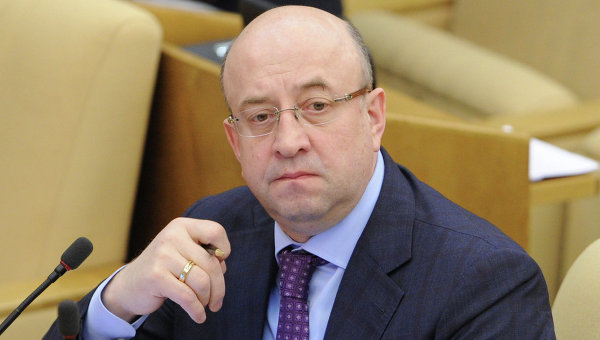 KAZAN, 29 Oct. The head of the constitutional Committee of the state Duma Vladimir Pligin (EP) ‘m sure that by the end of 2016, imposed on Russia sanctions are lifted.

“Waiting for an invitation to the next conference next year in Germany, for the eighth conference of young leaders. I am absolutely sure that by this time all the sanctions, which were discussed earlier will be removed,” said Pligin at the opening of the seventh Russian-German young leaders conference on Thursday.

The conference is held annually in Germany and Russia. With great success the event was held in 2009 on the major stages in Berlin, Moscow, Munich and St. Petersburg.

Within three days of the conference, more than 300 young leaders will discuss key trends in the energy sector, the prospects and opportunities of the common European economic space, the intersection of the old and new economies and development prospects of Russian-German relations.

Chairman of the Russian-German young leaders conference — Duke Christoph of Oldenburg. The forum is a non-profit Association “Germany — Russia: new generation” jointly with the St. Petersburg state economic University with the support of the Ministry of foreign Affairs of Russia and Germany, Rosmolodezh and large companies of the two countries.