It is not surprising that people who managed to escape punishment after such a high-profile disclosures and such a great response, not out of work, said Vice-speaker of the state Duma from LDPR Igor Lebedev. According to him, similar return — a slap in the face to the people. 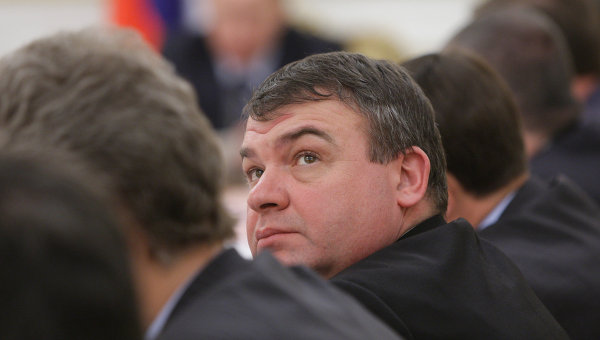 KAZAN, 29 Oct. Vice-speaker of the state Duma from LDPR Igor Lebedev has sharply criticized the appointment of former defense Minister Anatoly Serdyukov in the state Corporation “rostec”, from the point of view of confidence in the government by comparing it with a minor prison term for ex-the official of the Ministry of defense Evgenia Vasilyeva.

On Thursday the Corporation reported that Serdyukov was appointed industrial Director of the aviation cluster of Rostec. According to Lebedev, this decision is not surprising.

“It is not surprising that people who managed to escape punishment after such a high-profile disclosures and such a great response, not out of work. If not today, then tomorrow it would be somewhere appointed”, — said Lebedev.

“From the public point of view, from the point of view of the voter, citizen, public confidence in the authorities, the return of the man who was suspected of financial machinations, back to the structure of state-owned enterprises — the second slap in the face to the people. The first was an insignificant time for Mrs. Vasilyeva,” added Lebedev.

The Deputy assured that if this decision depended on the Parliament, the liberal Democrats would have voted “all arms and legs” against.

Serdyukov left the defense Ministry after disclosing large-scale schemes of embezzlement of state property in the Ministry. As a result, in 2012, initiated the so-called case of “Oboronservis”, a key defendant who was Vasiliev, who received five years in prison for embezzling over 800 million rubles. In August the court released her on parole.

Rostec is a Russian state Corporation, which combined in 2007, a number of powerful defence companies, among them “Helicopters of Russia”, “Kalashnikov”, United engine building Corporation.