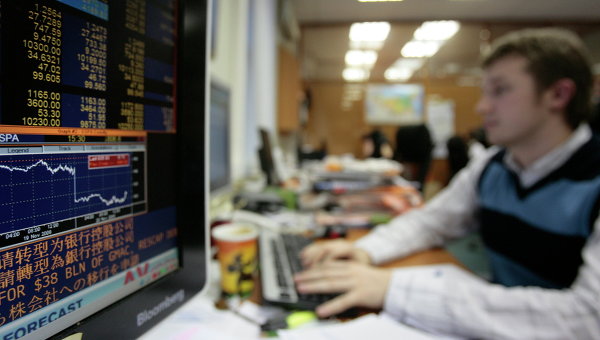 MOSCOW, 29 Oct. Elena Likova. The Russian stock market on Thursday traded in the “red zone” on the background of weakening of the ruble and falling oil prices mark Brent.

The rise of shares of “Transaero”

Shares of Transaero airlines jumped by 32.7% — up to 19,64 ruble (already up on 45,33% to of 21.51 ruble) on the investors ‘ hopes for the salvation of the carrier, shares of the airline are growing for the third consecutive day.

The shares of MegaFon grow by 1.36% against the recommendation of the Board of Directors of the company to the shareholders to approve dividends for the first nine months of 2015 in the amount 39,996 billion rubles, or 64,51 ruble per share.

The MICEX index will hold an auction Thursday in the range 1710-1739 points, said Alexander Razuvaev of “Alpari”.

Head of analysis foreign exchange risks the Dukascopy Bank SA Evgeny Abramovich expects a continued decline in the Russian share indexes following the raw companies shares. “While the focus of bidders will be published in the U.S. large and meaningful statistics package,” she adds.