A broad program of social guarantees that had been expressed by Vladimir Putin in 2012 after the inauguration of the President. 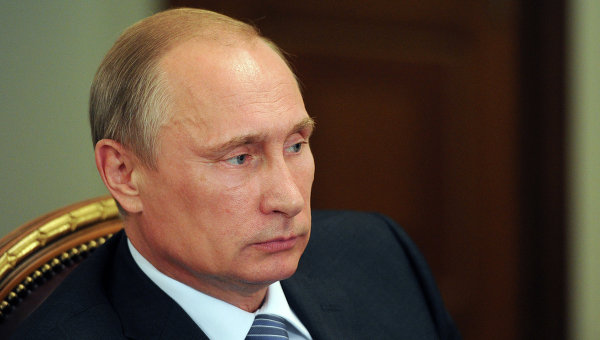 NOVO-Ogaryovo, 29 Oct. The President of Russia Vladimir Putin considers inadmissible to distract attention from the implementation of his “may decrees”. He said it Thursday at a meeting with the Ulyanovsk Governor Sergei Morozov.

“Attention to these issues cannot be loosened, hope that you will track and bring to the required parameters”, — said the head of state, having heard the report of the head of the region about the President’s “may decrees” — wide program of social guarantees, which Putin outlined in 2012 after the inauguration of the President.

Morozov said that “the may decrees” in the Ulyanovsk region in General are, and in some areas the backlog is scheduled to be addressed. “Mr President, allow me to inform you that the decrees in the absolute majority are, although, perhaps, it would be it is not fair if I said that everything is 100% fulfilled,” — said Morozov. According to him, in the implementation of economic challenges, “we are not satisfied with labour productivity relative to those target parameters that are in the decree.” “So now we look at what needs to be done in order to increase productivity”, — concluded the Governor.

The head of the Ulyanovsk region reported that in the social sphere are fully implemented decrees on salaries of teachers and health workers. “But one indicator of us today, of course, dislike is the fact that the wage growth rate for workers with additional education, there is a lag of about 4% and, of course, is before us poses additional challenges,” said Morozov and assured the President that in connection with increase of incomes the government will try in the near future to cope with the situation “and to report to the presidential administration and the government”.