This optimization can be achieved through better technological solutions, considered all their options, said the Minister for open government of the Russian Federation Mikhail Abyzov. 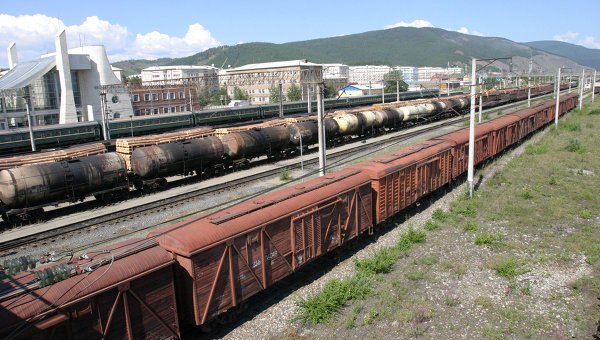 MOSCOW, 30 Oct. The cost of a number of objects within the reconstruction of the Baikal-Amur and TRANS-Siberian Railways can be reduced by 10-20%, said the Minister for open government of the Russian Federation Mikhail Abyzov.

According to him, the government of the Russian Federation was held a meeting of the government Commission on transport. There were considered the results of public independent price audit of the key elements of the investment project on expansion of BAM and Transsib.

“I must say that as a result of this review, the projects and objects are optimized and the cost of their construction has fallen from 10% to 20%,” — said the Minister at a briefing after the agreement was signed between Russian Railways and the expert Council under the RF government plan of interaction.

The Minister explained that this optimisation can be achieved through better technological solutions, considered all their options, as well as by optimizing the cost and indicative comparison of the major cost with all the opportunities offered by the market. The President of Russian Railways Oleg Belozerov, in turn, said that the government would be offered to model parity as a cost reduction.

Abyzov added that the final decision about the options to reduce costs will be made by the President of the Russian Federation and the Prime Minister. “We wanted a total limit of funding that is secured from the Fund for the projects of Railways, preserved,” said the Minister, adding that the freed up funds from the projects of BAM and Transsib could be directed to other projects of Railways. In particular, he recalled the construction of high-speed railway line Moscow-Kazan.

Modernization of BAM and Transsib is one of the largest infrastructure projects in the modern history of the Russian Federation, is estimated at 562,4 billion. This amount of 302,2 billion to take over the Railways and the remaining 260 billion will be needed from the state, including 150 billion from the national wealth Fund.