The growth of expenditure in the whole country amounted to about 1%, although less than a year ago, the Russian President advised the heads of the regions to analyze the cost information coverage of the activities of the regional authorities and to take measures for optimization. 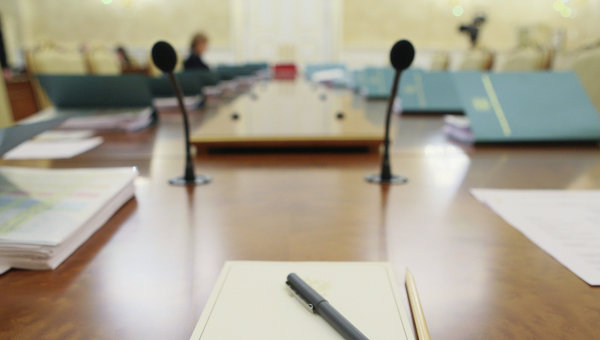 MOSCOW, 30 Oct. Spending of the Russian regions to the information provision in 2015 has increased despite the recommendation of the President of Russia Vladimir Putin to reduce the cost of media, says the report of the Ministry of Finance.

“Expenses of regions on September 30, 2015 to the article “mass media” increased by 422 million rubles (36,158 36,580 billion to billion). In the whole country, the increase amounted to about 1%. Growth is noted in 42 constituent entities of the Russian Federation, decrease — in 40″, — quotes the report to the newspaper “Kommersant”.

The President of Russia Vladimir Putin less than a year ago recommended to the heads of subjects of the Russian Federation to analyze the cost information coverage of the activities of the regional authorities, financed from the budget, and take measures for optimization. This instruction the President gave the conference “action Forum” onf. Putin also instructed the Ministry of Finance to monitor the work on optimizing regions of the expenditures for these purposes.

The maximum increase in costs has shown the Yamal-Nenets Autonomous district, where spending on media increased by 48%. For 2015, the budget includes the amount of 1.8 billion rubles, while in 2014 it was planned to spend 1.25 billion rubles.

The suburbs have reduced spending on information security in 2015, to 2.75 billion roubles, which is 8% lower than last year. It was the most significant reduction of budget expenditures in this sphere. However, Moscow and the Moscow region are still in the list of regions with the largest budget in the country for the media.

Some regions in 2015 not to include in the budget the costs of information provision. Among them Republic Kalmykia, Chuvashia, North Ossetia, Kemerovo region. According to the representative of the popular front, “money does not go to support publications, and for funding the press-services, the discovery of new information resources”. In the regional administrations deny it.