Three intake – Nizhyn, Prostorney and Novogrigorievka ready by 85%, said Minister of ecology and natural resources of the Republic of Crimea Gennady Nara. He noted that by supplying water from the water intake Nijinsky Eastern Crimea today is not experiencing the shortage of drinking water. 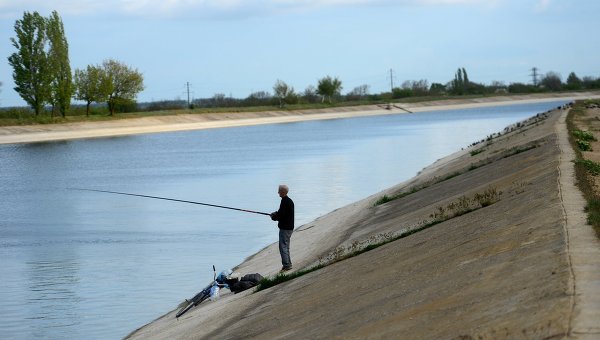 SIMFEROPOL, 30 Oct. The construction of three large water intakes on the North-East of the Crimea with a total capacity of almost 200 thousand cubic meters per day was completed by 85%, the full completion is scheduled for the end of the year, told reporters in Simferopol, the Minister of ecology and natural resources of the Republic of Crimea Gennady Nara.

The need of the Crimea in drinking water is 260 million cubic meters per year. Currently in the region is the construction of water intake and reconstruction of water supply system for supplying water to the Eastern side of the Peninsula is also expected to create a reservoir for a stable supply of Sevastopol.

“Three intake — Nizhyn, Prostorney and Novogrigorievka ready on 85%. We look forward to the end of these years of work to complete,” said Nara.

Nara noted that by supplying water from Nizhyn water diversion and temporary pipeline in the bed of the North Crimean channel Eastern Crimea today is not experiencing the shortage of drinking water.

Ukraine provided to 85% of needs of the Crimea in fresh water after coming from the Dnieper North-Crimean canal, this water was used for irrigation of farmland. After the reunification of the Crimea with Russia water flow through the channel in the Republic was completely stopped. Part of the problem of water supply of the Crimea were solved after transferring water from the Crimean river Biyuk-Karasu in North Crimean canal, as well as the drilling of new wells.