The head of the Russian foreign Ministry noted that the unipolar world ceased to exist, in Asia and Latin America formed a powerful centers of economic growth, and with them comes and political influence. 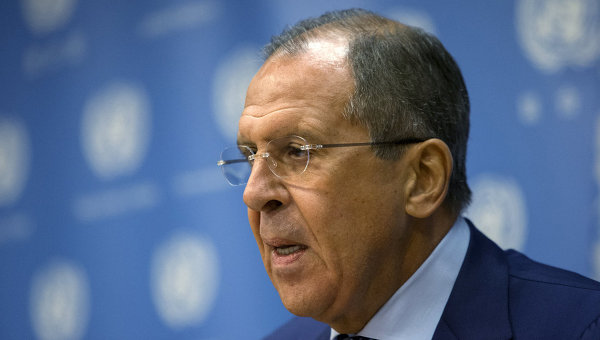 MOSCOW, 2 Oct. It is necessary to reallocate the responsibility of countries in economic and other spheres, to abandon the extraterritorial application of the legislation, said the head of Russian foreign Ministry Sergei Lavrov.

“I understand that old habits die with difficulty and don’t want to leave the feeling of monopoly of domination on the world stage — this process will be painful and long. But I am convinced that in the end, we still agree on how responsibilities should be shared in the world in all areas: conflict resolution, Economics, Finance, trade”, — said Lavrov in an interview with Venezuelan state television.

“Again, the process will not be easy, not fast. The main thing — chopping less wood this way,” said Lavrov.

“We are opposed to any sudden movements. We want all these problems were solved on the basis of real, objective trends, and objective trends are such that neither in politics nor in Economics or in Finance for a long time already there is no unipolar world. Outside the old West, primarily in Asia, in Latin America, formed the powerful centers of economic growth and financial power. With economic growth and financial power comes political influence,” he said.

As he said, “we need to redistribute the decision-making system: to reallocate voice and quota, including at the International monetary Fund, as agreed 10 years ago”.

“Everyone did what was promised, but yet United States Congress refuse to ratify the reform, which was, again, approved 5 years ago as a first step to democratize the monetary system of the world,” Lavrov said.

He noted that the country should not and apply their laws extraterritorially.

“In principle, extraterritoriality is one of the problems that we’re talking about associated with illegitimate unilateral sanctions that are taken in circumvention of the UN Security Council and officially have declared the purpose to harm the economy, socio-economic status of the population, to provoke some negative feelings towards his authorities,” the Minister said.

According to him, this situation undermines the goals set by the UN, in particular, by convening the summit on development over the next 15 years.

“Economic ties, trade, exchange of technology are all key to development, unilateral bans and directly undermine the efforts of countries to enter any decisions that would help the people live better,” said the Minister.

“The United States of America are famous for the fact that they own unilateral extraterritorial sanctions still do, as if forbidding its own companies to do something against a country, and demand the same from all other countries, and otherwise threaten to cease to maintain a Bank account and some way to punish,” he said.