The main report is expected to be presented by the Deputy Chairman of the government of the Russian Federation Dmitry Rogozin. It is also planned to consider issues chemical and biological safety. 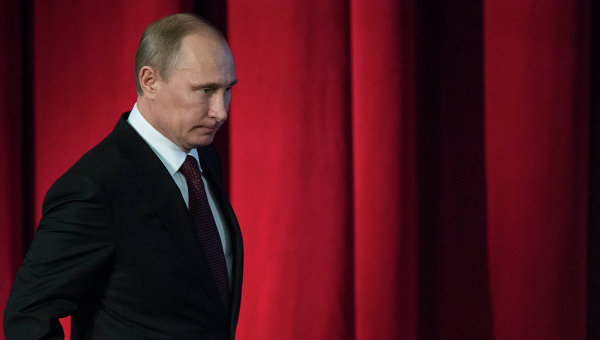 MOSCOW, 30 Oct. The President of Russia Vladimir Putin will hold on Friday a meeting of the security Council, which will discuss the issues of the state policy in the field of nuclear and radiation safety.

“It is planned to consider the issues of implementation of state policy in the sphere of ensuring nuclear, radiation, chemical and biological security of the Russian Federation”, — stated in the message the press service of the Kremlin.

It is assumed that a keynote address by Deputy Prime Minister of the Russian Federation Dmitry Rogozin.

The second global issue of nuclear and radiation safety is the problem of the legacy of the Soviet nuclear project, when it has accumulated a large amount of spent nuclear fuel (SNF) and radioactive waste (RW).

Operating the program completes successfully with the targets were exceeded overall by almost 10%. Under the Federal program would be removed and placed for long-term storage or for reprocessing 28.5 thousand spent fuel assemblies of nuclear reactors of various types, both power and research. Removed about 800 spent fuel assemblies from nuclear submarines. The far East of the Russian Federation is now completely cleared of spent nuclear fuel of atomic submarines.

The problem for the rehabilitation of 2.7 million square meters of contaminated territories is more than a million square meters more than planned for the program. An important result was the creation of a strategic master plan to solve the problems of contaminated with radionuclides of the Techa cascade of water bodies in Chelyabinsk region. There is almost complete filling of lake Karachai, containing vast quantities of radioactive waste. In Seversk (Tomsk region) completed the decommissioning of the first domestic dual-purpose industrial uranium-graphite reactor EI-2.

The program has received strong scientific justification and support. The program was attended by more than 400 organizations of the Russian Federation with the expert support of scientists and specialists of Rosatom and the Russian Academy of Sciences.

During this time there were created about 50 unique technology of spent nuclear fuel and radioactive waste.

Now we are talking about the continuation of the Federal program, which is necessary to create the most complex of infrastructure facilities of the unified state system of radioactive waste management, without which there can be achieved the effective and safe handling of radioactive waste and spent fuel in Russia.

As the main targets of the new FTP NRS-2, we have to take out 83 thousands of spent fuel assemblies and to process 3 thousand tons of spent nuclear fuel. Plan to retire the 82 nuclear – and radiation-dangerous object. It will be necessary to preserve seven industrial uranium-graphite reactors. The plans include the rehabilitation of 4.3 million square meters of land.