Sales of Renault in the world during the reporting period increased by 1.2% and amounted to 620,525 thousands of cars. Absolute figures of sales in Russia the company does not. 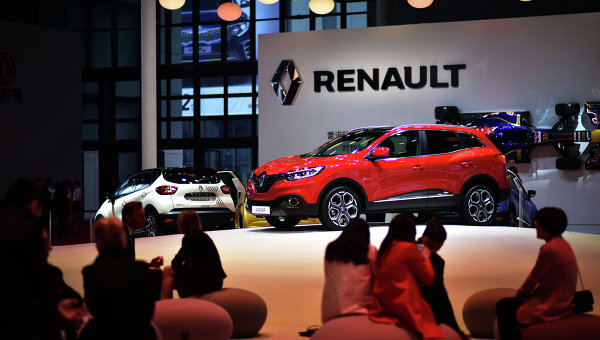 MOSCOW, 30 Oct. Sales of Renault group in Russia for the third quarter of 2015 fell by 29.8% in annual terms, stated in the message of the company.

Absolute figures of sales in Russia the company does not.

Total sales of Renault group in the world in the third quarter amounted to 620,525 thousand cars, having increased by 1.2% compared to the same period last year.

The group’s revenue in the reporting quarter amounted to $ 9,34 billion euros, an increase of 9.4% compared to the same period in 2014.

Renault S. A. is one of France’s largest automobile company, is part of the Renault-Nissan Alliance. The company is the owner of Romanian brand Dacia, Renault Samsung Motors Korean, and also has a 25% stake in the Russian AVTOVAZ. Headquarters founded in 1899, the company is located in Paris. The total number of employees is more than 122 thousand people.