Following the meeting of the Board of Directors on 30 October the Bank of Russia decided to keep key rate at 11% per annum. Read the full text of the statement by the Central Bank of the Russian Federation. 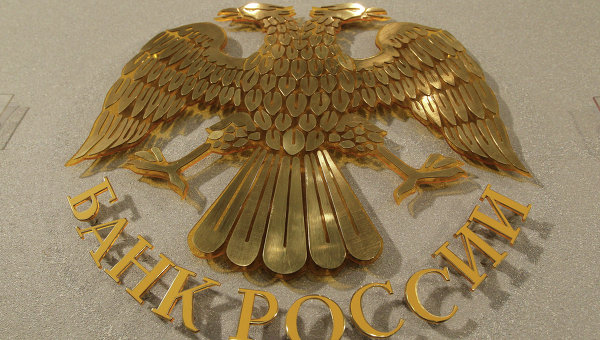 MOSCOW, 30 Oct. The Bank of Russia following the meeting of the Board of Directors on Friday decided to keep the key rate at 11% per annum.

Full text of the statement of Bank of Russia

On Bank of Russia key rate

The Board of Directors of the Bank of Russia October 30, 2015, has decided to leave its key interest rate at 11.00% per annum, given the persistence of substantial inflation risks. Significant changes in the balance of inflation risks and risks of the economy cooling has not occurred. Taking into account the decision of the moderately strict monetary and credit conditions and weak domestic demand will continue to contribute to the reduction of inflation. The annual rate of increase in consumer prices in October 2016 will be less than 7% and will reach 4% in 2017.

In September-October, annual inflation declined slightly. According to Bank of Russia estimates, the annual growth rate of consumer prices for October 26, was 15.6% after 15.8% in August. In this case inflation expectations, though declined in comparison with September, remain at an elevated level. Moderately tight monetary policy and weak consumer demand, low growth of nominal incomes of the population limit inflation.

A restraining influence on prices also have a moderately tight monetary conditions. The growth rate of money supply (M2) remained at a low level. Under the influence previously adopted by the Bank of Russia of decisions on reduction of the key rate tends to decrease loan and Deposit rates. However, the Deposit and lending rates remain at a level that, on the one hand, contributes to maintaining the attractiveness of savings in roubles on the other, along with maintaining a high debt load and increased requirements to the quality of borrowers and collateral, is a low factor in the annual growth rate of lending.

In September it was showing signs of slowing downturn in the economy, as indicated by the dynamics of the main macroeconomic indicators. While structural factors continue to exert a restraining influence on economic growth, a reduction in the output currently has including cyclical in nature. In the context of negative demographic trends, unemployment remains at a low level, and the adjustment of the labour market to new conditions occurs primarily at the expense of falling real wages and rising underemployment.

These factors, along with low retail lending will continue to restrain consumer spending. Investment activity will remain weak amid continued economic uncertainty and relatively tight credit conditions. To restrain investment demand will also be limited possibilities for replacement of external sources of internal financing due to the narrowness of the Russian financial market and high debt load companies.

Nevertheless, some support for investments will provide the implementation of the state anti-crisis measures. Weak investment and consumer activity will lead to the low demand for imports. As a result, net exports will make a positive contribution to the annual growth rate of output. Further development of the economic situation will depend on the dynamics of global energy prices, and the speed of adjustment of the economy to external shocks occurred.

Weak domestic demand and the moderately tight monetary conditions will contribute to lower annual inflation in 2016-2017. Slower growth of consumer prices will create conditions to lower inflation expectations. In early 2016 it is expected a significant reduction of annual inflation, which will be due to the high value of this indicator in the beginning of 2015.

According to the forecast of Bank of Russia, the annual rate of increase in consumer prices will amount to less than 7% in October 2016 and to reach the target level of 4% in 2017, boosted by monetary and credit policy. With the slowdown of inflation in accordance with the forecast of the Bank of Russia will resume the reduction of the key rate on one of the next meetings of the Board of Directors.

The main sources of inflation risks remain further deterioration of the external economic environment, the preservation of inflation expectations at an elevated level and the revision scheduled for 2016-2017 rate of growth of regulated prices and tariffs, indexation of benefits, and overall easing of fiscal policy. When deciding, the Bank of Russia will take into account the change in the balance of inflationary risks and risks of a cooling economy.