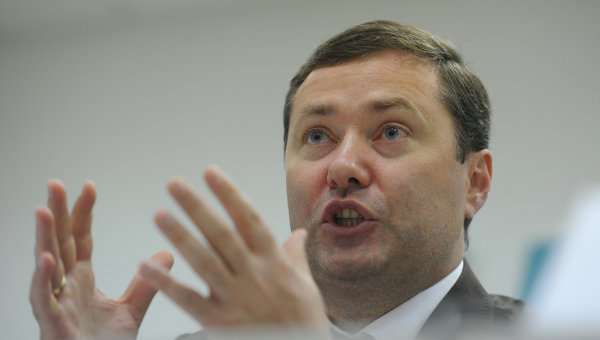 MOSCOW, 30 Oct. The first Deputy head of the Duma Committee on constitutional legislation and state building, MP “just Russia” Alexander Ageev submitted to the state Duma its version of the new edition of administrative code the administrative code (Coaa), from the database of the lower house of Parliament.

Simultaneously soon in the state Duma may be made a different version of the code, which was developed earlier, the working group headed by the Chairman of the constitutional Committee Vladimir Mr Pligin. The document consists of more than 1,6 thousands of pages and submitted for public discussion. The current version of the administrative code was implemented on 1 July 2002.

According to him, this is evidenced by the analysis of numerous judicial acts of the constitutional court of the Russian Federation, and the practice of courts of General jurisdiction and arbitration courts.

“This analysis shows that there is a need for substantial adjustments to the General provisions of the administrative code governing the principles and grounds of administrative responsibility, changes the concept of administrative responsibility in the transformation plan it from the gun of an excessive pressure on citizens and especially on the subjects of entrepreneurial activity, in a civilized legal means of protection of infringed rights and legitimate interests of the state, society, citizens, prevention of offences”, — follows from the explanatory note to the bill.

Ageev noted that the main direction of reforming the Institute of administrative responsibility is to build it on the basis of the inadmissibility of the establishment of this responsibility for any, even absolutely not important, formal violations of requirements of normative legal acts, thoughtless and haphazard growth in the number of structures of administrative offences, a permanent increase in the size of fines.

On the contrary, according to the MP, the administrative responsibility should be based on the principles of establishing validity for certain violations of the law, justice, individualization and proportionality assigned to individuals and legal entities administrative penalties.

The MP added that over the period of the administrative code of the Russian Federation from 2002 to the present time have significantly changed the Federal law, the provisions of which are protected by measures of administrative responsibility, hence the need for systemic adjustments of the offences specified in the Special part of the code.

Besides, the Deputy notes that in recent years in Special part KoAP the Russian Federation was made a huge number of amendments and annotations, most of which were made “outside of any system, no interaction with the existing structure of the specified part of the code, the content of its chapters, the regulations in force, which led to serious problems of their application in practice”.