Import into the EU products containing more than 20% of nuts from China, Turkey and Brazil, must be accompanied by certificates, said Minister of agrarian policy and food of Ukraine Alex Pavlenko. He noted that the Ukrainian exporters can encounter problems with the paperwork. 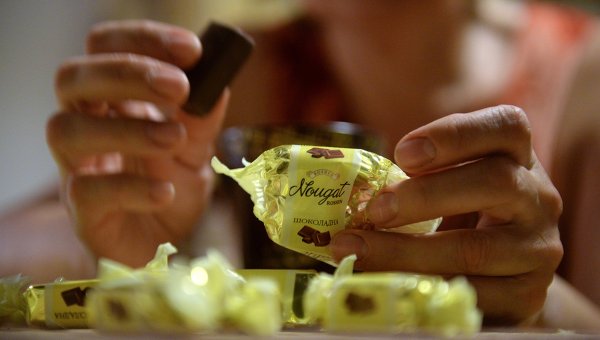 KIEV, Oct 30. The European Union banned the export of Ukrainian confectionery products containing nuts, we are talking about the restrictions associated with the General policy of the EU, said the Minister of agrarian policy and food of Ukraine Alex Pavlenko.

On Thursday, the Ukrainian Internet publication “European truth” with reference to Deputy Minister of agrarian policy on European integration Vladislav the Rutitska reported problems with the supplies of Ukrainian confectionery products to the EU because of the difficulty of certification of confectionery products containing nuts. It was a question, including, about the products of Roshen Corporation. Roshen confectionery Corporation later denied reports that shipments to the EU of its products with the nuts locked.

“We have no ban on the export of peanuts, we have the EU regulation dated 13 August 2014. According to this regulation, there are limitations, which suggest that import into the EU of food products that contain more than 20% of nuts from China, Turkey and Brazil should be accompanied by appropriate certificates of the established sample. Accordingly, the technical question of granting these certificates continue (export), we have no ban”, — Pavlenko told reporters at a press conference.

However, he noted that Ukrainian exporters of such products may be a problem with the registration of necessary documents in the state bodies of Ukraine. While Pavlenko expressed the hope that all these technical issues will be resolved. At the same time, the Minister stressed that such restrictions apply to all Ukrainian companies, including those owned by the President of Ukraine Petro Poroshenko’s company Roshen.

Roshen — one of the largest world manufacturers of confectionery products, producing 450 thousand tons of products per year. The Corporation includes factory in the Ukraine, in Lithuania, Hungary and Russia. Poroshenko, proposing his candidature for President of Ukraine, promised in case of victory on elections to sell his main asset, but this has not happened yet.