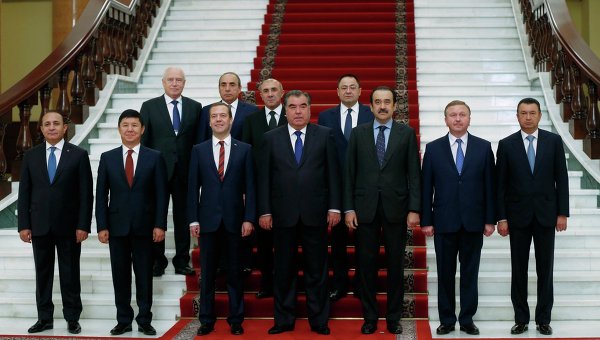 DUSHANBE, 30 Oct. Prime Ministers of States-participants of CIS in the framework of the meeting of heads of governments of the Commonwealth have signed 40 documents. A number of them related to defense, trade and economic cooperation, humanitarian ties, financial and socio-economic sphere, interaction in the law enforcement field.

Signature also raised and under the documents on cooperation in the field of prevention and liquidation of consequences of emergency situations, as well as the financial aspects of the creation and development of the United air defense system of States-participants of the CIS and ensuring the coordination Committee on air defense under the Council of Ministers of defence of the countries-participants of the CIS.

Also following the meeting, approved the draft agreement on the modalities of implementation of interoperator mutual settlements during rendering services of the international telecommunication in the States-participants CIS.

In addition, adopted a draft complex of measures for the period until 2020, aimed at developing and promoting the use of natural gas as motor fuel for vehicles.

The participating States of the CIS and began to prepare for the upcoming 25th anniversary of the Commonwealth, which will be celebrated in 2016. In this connection it was decided the plan of events dedicated to this date.