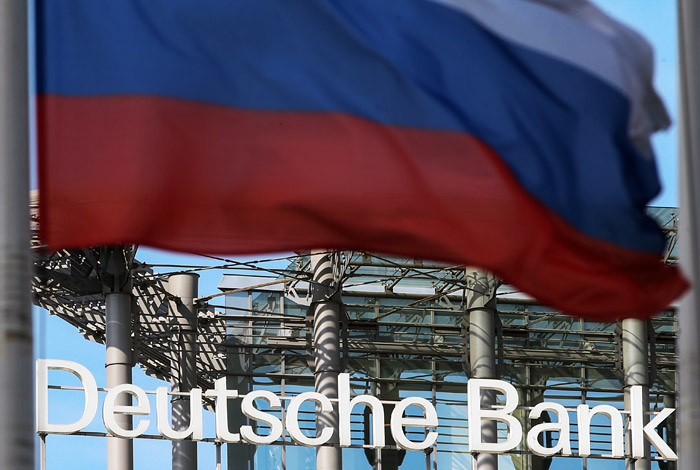 Moscow. October 30. Deutsche Bank in the third quarter increased reserves for litigation costs on to 1.21 billion euros, most of them have to probable payments due to the activities of the Russian division, told Bloomberg.

The largest German Bank, said on Thursday that as a result of internal audits in the Russian division on trading operations with shares was found of the violation of internal rules and weaknesses in the control system.

The U.S. Department of justice and state authorities in the UK and Russia are investigating how Germany’s largest Bank adequately assessed the trading operations of $6 billion, which were part of the possible schemes of money laundering, reported earlier the sources familiar with the situation. Check concerns so-called mirror transactions, which could allow Russian clients of Deutsche Bank to transfer the funds out of the country without notifying regulators properly.

“We can’t say anymore because we don’t know more, and that’s a shame for us, said Deutsche Bank co-Chairman John Cryan at the presentation to investors. – It looks like the Bank used”.

“A large portion” of funds allocated in the last quarter of the reserves was “linked to some suspicious trading activity in our operations in Moscow and London,” he said.

Cryan noted that the Bank is committed to rapid resolution of all legal issues.

On Thursday, Deutsche Bank announced that it plans to invest in infrastructure development to control money laundering and may cancel the agreement and walk away from countries with unacceptable risks. The organization reiterated that it had already taken disciplinary action against several persons by results of internal check of transactions that the Bank performed on behalf of Russian clients.

Check “revealed several policy violations Deutsche Bank and shortcomings in the control system”, reads a quarterly report of the Bank.

Deutsche Bank also reported that named as a defendant in a number of informal class action lawsuits in the United States in connection with suspicion of manipulation on the government bond market.