Rosatom expands its presence in those markets where nuclear power has a demand – primarily in developing countries, said the Corporation’s chief financial officer Nikolay Solomon. 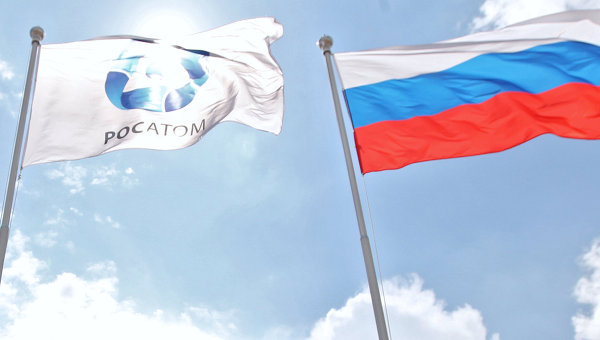 EKATERINBURG, 31 Oct. Olga Erachina. GK “Rosatom” for 10 years plans to increase the share of export earnings from 35 to 50% of the total revenue, reported Tuesday financial officer of the Corporation Nikolay Solomon.

“In 10 years 50% of our business is exports,” said Solomon on Saturday at the plenary session in the framework of the second national championship of working professions WorldSkills Hi-Tech 2015.

In conversation with the correspondent he said that now the figure is about 35%.

“It changed as soon as it changes dramatically the dollar. The conditions for this one part, others another. Before the crisis it was 30%. Now she’s at the expense of the course climbed a bit. This share of 50% — we had set before the crisis. It is possible that the dollar rate will be quite high and in 10-15 years, compared with what was originally planned, and the share of foreign exchange earnings can go over 50%,” said Solomon.

He added that Rosatom is strengthening its presence in those markets where nuclear power has a demand — primarily in developing countries. “I don’t want the unpredictability of the behavior of energy resources for coal and gas stations. In this sense, for them the uranium and its low cost, percentage of the total cost, is the most, shall we say, favorable and predictable economic events”, — said the Treasurer of the Corporation.

According to him, “Rosatom” actually creates a new industry in these countries. “Well still, it’s a whole high-tech industry, which we create in these countries, teaching people, helping them to shape the legislation that regulates the conditions of nuclear power in this country, create new jobs, to create a highly skilled profession,” said Solomon.