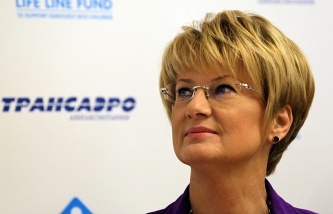 In St. Petersburg did not have time to coordinate a rally in support of “Transaero” held a picket

The FAS are concerned that “Aeroflot” has received 56 international routes

On the one hand, the public authorities, Aeroflot, managing Transaero, state and creditors predict realistic-depressive way of bankruptcy. In the other camp – the majority shareholder of S7 airlines Vladislav Filev, private banks and the co-owner of “Transaero” – the family Pleshakova. They remain optimistic and hope to resume flights at any cost.

“Six months later, the company will have quite a decent amount of live cash,” said Filev creditors at today’s meeting.

From consolidation to bankruptcy

“Transaero” since September 1, is under the operational control of “Aeroflot” – after anti-crisis Commission headed by first Deputy Prime Minister Igor Shuvalov decided to integrate the crisis of the carrier in the Aeroflot group. As told a source in the Federal air transport Agency, the then majority shareholders “Transaero” had to sign papers giving control of “Aeroflot” under threat of collapse aviation: the company had a cash deficiency in “tens of billions of roubles” and the risk not to deliver two million passengers. After “Aeroflot” has received the company in the office, he started to invest your own money in its operations, and to “Transaero” could deliver passengers on the already sold tickets. Meanwhile, the transaction on occurrence of the carrier in the Aeroflot group fell through. As later wrote in his Twitter ex – CEO and one of the main shareholders “Transaero” Olga Pleshakova, family Pleskovich gathered 72% of the shares, some of which were in pledge at one of the state banks. Another 3% of the company’s shares planned to provide for other transactions the state Bank. However “Aeroflot” has not received the approval of the FAS.

After the first version of the rehabilitation of the company, has not been realized, “Transaero” has gone the way of bankruptcy. With the intention to apply to court with relevant claims were made by “Gazprombank” and “VTB”, “Sberbank” and “Alfa – Bank” has already filed lawsuits. The same script as the only right named by the officials, including the Minister of economic development of Russia Alexey Ulyukayev.

Since mid-October, Transaero airlines started to cancel flights. Most of the passengers was transported. Aeroflot and other airlines were already able to deliver the remainder, the source said. The latter will carry about 15 December and the remaining passengers “Aeroflot” will pay compensation from its own funds.

Of the receipt of “Aeroflot” operational control “Transaero” the company delivered its representative Dmitry Saprykin on a post of the head of “Transaero”. On the day of revocation certificate from “Transaero”, 26 October, he announced his intention to submit the claim about bankruptcy of the carrier. However, by the time of “Transaero” there is another option.

Return to profitability for the six months

On 21 October it became known that Vladislav Filev has agreed with the family Pleshakova about buying “at least 51% of actions” Transaero. However, he is willing to restructure the company’s debt. The Ministry said that the airline has a real chance of survival. Minister of transport Maxim Sokolov said that he had received only verbal notice is no development plan from Filevych and Pleskovich not seen. Shares of Transaero, meanwhile, showed more than 100% growth.

Meanwhile, on 27 October, the Board of Directors “Transaero” has made decision to suspend Saprykina from the leadership of the company and to appoint to the post of General Director Valery Zaytsev – pilot “Transaero” and the Deputy flight Director of the airline.

Hares and Filev today held a meeting with creditors on which has informed that intend to return Transaero profitability within six months. “We are confident that the bankruptcy of the airline – this path is futile and for creditors, which in this case have almost no chance of recovering their funds, and Russian aviation in General”, – stated in the appeal Zaitsev to creditors.

For that Transaero may offer creditors the company’s partial debt cancellation, as well as its conversion into shares of the airline. What proportion may be obtained by banks in the Charter capital of Transaero, as well as what debt should be written off, is not known. Pleshakov himself said to journalists that will not work with a company with less than 51% package. Thus Filev while not owning shares of a “Transaero”, and technically the control is Pleshakova, which at the meeting with the banks was not.

In parallel, the company leaves open the question of the CEO: despite the fact that, according to the company’s new CEO became Zaytsev (he introduced himself in this position lenders), the Federal air transport Agency stated that the General Director remains Saprykin, and hares has not confirmed their powers neither in the register nor the tax authorities. However, Pleshakov in his Twitter reports that the appointment Zaitsev was held. Pursuant to the order dated 30 October, available, Saprykin was ordered to suspend all documents signed by Zaitsev and regarded him as the Deputy head of the flight Department.

In the Ministry of transport and the Federal air transport Agency has repeatedly said that a flight certificate is revoked “once and for all”, and return it “Transaero” is not possible. Journalists today Filev said that will discuss these issues after obtaining a controlling stake of the carrier, and Zaitsev stated that he had not seen an act, on the basis of which revoked the air operator certificate.

Also, the question remained as to international destinations, owned by “Transaero” – the Rosaviation has already distributed them among other market participants, the majority – 56 route – went to “Aeroflot”. The FAS reported that concerned about getting so many routes. Before the Minister of transport said that “Aeroflot” will possibly be to offset the costs incurred in connection with the conveyance of passengers “Transaero”, flying by the Transaero routes, and after costs will be offset, routes can be redistributed.

As for the certificate of “Transaero”, it may get a new company established on the basis of the carrier, noted market participants. However, the company needs to provide a business plan, and to assure “the Federal air transport Agency” that the carrier complies with all requirements for security, has aircraft and professional pilots. This currently is not done, said the representative of the Federal air transport Agency.

The flight crew “Transaero” may partially go to work in “Aeroflot” – the company is ready to employ about 6 thousand employees. Part of the staff of “Transaero” is going in the Sunday, November 1, to go to the rally in Central Moscow.