MOSCOW, November 1. Russia’s arbitration courts for the first month of the law on bankruptcy of physical persons received almost 2 thousand of applications on insolvency of citizens, by year end this number could grow to 6 thousand. This was stated by Vice-President of Association of regional banks of Russia Oleg Ivanov.

Ivanov believes that at the current rate in the first year of the law (before October 1, 2016) in the arbitration will receive 20-25 thousand declarations of acceptance of people in the country bankrupt. In the future three to five years this number could grow to 50 thousand claims for personal bankruptcy per year.

“It is clear that not all statements will be prosecuted. Thus, this is an encouraging result. Apocalyptic predictions that hundreds of thousands or even millions of citizens will become bankrupt, is not justified”, – said Ivanov.

Lawsuits remain without movement due to incomplete data

The law on bankruptcy of individuals 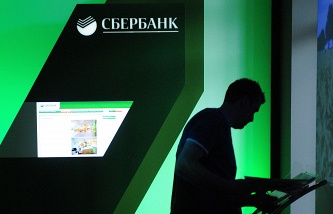 The savings Bank for October, has filed more than 140 of the Declaration of bankruptcy of citizens to 17 billion rubles

FSSP: up to 500 thousand debtors-individuals can file for bankruptcy

The Deputy head of the Central Bank: the law on bankruptcy of individuals did not create any hype

Head of the information project for the citizens “Libancert.Russia” Vyacheslav Bushes notes that in the first month of operation of law without the movement left two-thirds of the Declaration of bankruptcy of natural persons.

“Accurate information about the number of applications rejected, we don’t have. I believe that such statements a lot – about 70%. The reasons for the incompleteness of the information, any document properly executed, the other just forgot to attach. There are a few cases where the statements were left without movement in connection with the fact that the applicant did not provide documents confirming payment of state duty,” said the Bushes.

In the early days of the entry of the law about bankruptcy of physical persons, experts predicted that the annual number of claims for personal bankruptcy at the level of 70 thousand head of the Federal bailiff service (FSSP) Russia Arthur Parfenchikov at the end of 2014 reported that the potential number of debtors who can initiate in relation to the bankruptcy procedure in Russia is from 300 to 500 thousand people. According to the National Bureau of credit histories (NBCH), now under the conditions of the law on bankruptcy of natural persons fall to 460 thousand people. “That is how much citizens are in arrears with debt over 500 thousand rubles for a period of more than 90 days (for all types of retail loans). In December 2014, their number did not exceed 300 thousand people”, – have informed in the press service of the NCB.

Bankruptcy is not for the poor

Ivanov this state of Affairs explains a number of factors: high complexity of the bankruptcy procedure, the high cost of the process and irreversible consequences for the future financial life of any person.

“The first hurdle faced by an individual that decided to break free from debt, and education. Bankruptcy proceedings difficult, one has to know the law so that the statement of the citizen was adopted by the court. The second barrier is practical. Before you apply for bankruptcy, the plaintiff should collect about 20 papers that will reflect his economic and marital status. The third barrier is economic. Do not think that bankruptcy is for poor people, because the plaintiff must pay for a financial Manager and all costs associated with the bankruptcy,” – said Ivanov.

By estimations of lawyers, the costs of the plaintiff from the beginning of the bankruptcy process until its completion can be from 100 thousand to 300 thousand rbl. That is, the presence of an outstanding debt, for example, 300-500 thousand rubles individuals is impractical to wage a legal process to declare itself insolvent.

In addition, to obtain a new loan in bankruptcy has not come out, I’m sure Ivanov. “Citizen, past bankruptcy, gets a “black mark” and, in fact, from active financial life falls. I think to get even a debit card for it will be difficult,” he said.

In the first month of the law on bankruptcy of individuals three quarters of the lawsuits initiated by creditors themselves, said Ivanov. According to the calculations Kustov, based on data of a card file of arbitration cases, the situation is opposite. “According to our information, turned 1 150 citizens and creditors, including banks and FTS – 1 037. That is about half-and-half: 52% of applications was submitted by citizens-bankrupts, 48% of lenders,” said project Manager it.

In the structure of creditor-plaintiffs is dominated by banks that have filed, according to Bush, in October about 420 declarations of bankruptcy of individuals (over 40%). The remaining share goes to collection agencies, legal entities and individuals, authorized agencies. From tax services in October was the least of the statements – 25, he adds. Particular attention of credit organizations have focused not so much delinquent on consumer loans, many insolvent businesses.

“Banks are now basically initiate the bankruptcy of small and medium entrepreneurs who had taken loans for their firms under the personal guarantee, then bankrupted the company and not returned to the Bank loan. However, their personal wealth and quality of life after the bankruptcy of companies has not deteriorated, but the loans they do not return,” explained Ivanov.

According to the Vice-President of the Association, the banks do not aim to bankrupt businessmen. The new law they use as a tool of pressure on the debtor. “In this case, the application on bankruptcy of the entrepreneur, can be a stimulus for loan recovery. This mechanism of psychological effects on the citizens,” Ivanov said.

Otherwise formed the motivation for the Bank, if the debtor is an individual, not having a large amount of property. Given the high cost of maintenance of the claim, Bank is not profitable to initiate legal proceedings against such borrower, making it more amenable when discussing the issue of debt restructuring. “If a citizen who cannot return a consumer loan, no expensive assets , then his bankruptcy from the point of view of the creditor is unreasonable. It is not enough that the money is not returned in the repayment of the debt by foreclosure of the property, but also spend on legal fees,” – said Ivanov.

According to the head of legal Bureau “Olevinsky, Buyukyan and partners” Edward Revinskogo, most of the Declaration of bankruptcy of natural persons adopted the arbitration courts of Moscow and St. Petersburg – 223 and 205, respectively. More than a hundred statements were registered with the arbitration court of the Moscow and Novosibirsk regions. The lowest number of claims on bankruptcy of individuals (5 or less) were observed in three regions of far East Federal district (Sakhalin – 2, in the Jewish Autonomous region and Magadan – 1) and the number of subjects of the South of the country (North Ossetia arbitrations received during the month a total of 5 applications, Kabardino-Balkaria – 4, Kalmykia – 3, Ingushetia – 2, Sevastopol – 1). Scored Dagestan, where not submitted any statement for bankruptcy of individuals.

“The number of cases leading regions with a large number of the population, which is quite natural. However, there are exceptions, due, in my opinion, the role of law enforcement in social relations. Republic of Dagestan, for example, where there were no bankruptcy proceedings of the citizen during this time,” said Holewinski.

According to him among banks became the unquestionable leader Sberbank, which at the moment is trying to bankrupt 210 people. “The rest of the banks are not very actively use the tool of bankruptcy: “Russian standard” (22), VTB 24 (18), PIR Bank (18), Tinkoff Bank and bla Tinkoff credit systems (16), alpha Bank (16), Renaissance credit (11), Rosselkhozbank (11), home Credit & Finance Bank (11) Bank and Bank – credit cards (10), the rest are even less”, – summed up Olewinski.

Experts believe that while talking about how the Russians will accept this innovation, early – first results from claims for personal bankruptcy arbitration agreed to bring only in the beginning of 2016.

However, Ivanov stressed that the number of bankruptcy cases in Russia this year is growing inexorably in the background of the complicated economic situation in the regions and the country as a whole. So, if in 2014, the Russian arbitration monthly registered about 4 thousand statements for bankruptcy of legal entities, in the first half of this year that number has grown to 5 thousand in the third quarter – up to 6 thousand considering the fact that in the fourth quarter for claims on bankruptcy of legal entities will be added and statements about personal bankruptcy, number of bankruptcy claims in 2015 will amount to about 72 thousand. In 2016, while maintaining the same dynamics of the arbitrations will receive almost 100 thousand statements for bankruptcy of both legal entities and individuals.

“The burden on judges will increase in 2-2,5 times. But the main role in this play not for the bankruptcy of citizens, and is a common complication of the economic situation and the difficulties faced by the business”, – said Ivanov.

At the same time, NBCH notes that the current economic situation in Russia led to the decline in real income of individuals, making it difficult to service existing loans. So, from the beginning of 2015 the number of people formally subject to the conditions of the law on bankruptcy of physical persons has increased 1.5 times. But despite this, the number of potential bankrupts still affects quite a small proportion of borrowers.

“From the point of view of influence on the banking system, it quite a bit. The primary attribute of potential bankrupts – debts for unsecured loans. In mortgage lending (mortgage and loans) overview of debt service is significantly better than on loans for purchase of consumer goods and credit cards. If on secured loans potentially irrecoverable debt is at levels of 3% (mortgages) to 7% (car loan), unsecured it may reach 15%”, – said the press service of the NCB.