In the Federal Council of the party “Right cause” will include 12 people, the audit Board will present three people. Deputy Chairman of the party was Eugene Blachowicz. 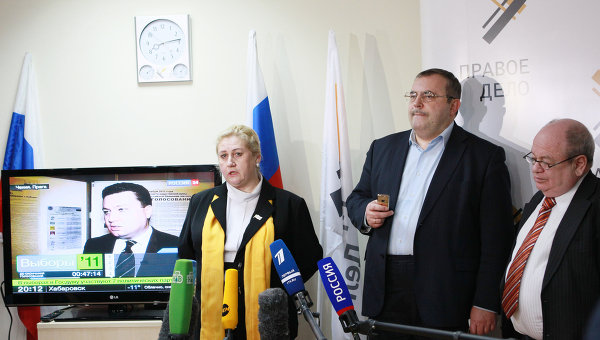 MOSCOW, 31 Oct. Party “Right cause” at the VI Congress re-elected the governing bodies: Chairman of the party will remain Vyacheslav Maratkanov, his Deputy Yevgeny Blachowicz; also re-elected and the audit of the Federal political Council of the party and discussed the program of the Right cause.

According to Maratkanova discussed at the Congress show that the party will go on elections to the state Duma in 2016 and including the documents and the “Manifesto” and “Programmatic principle”, not a full, “because until today the program is in the party as such was absent”, and “the party was in some kind of suspended animation”.

“Now we are present when you open a brand new page in the history of our party, and the process of creating a program is running, that is, any program begins with a Manifesto that articulates key principles,” commented the leader of “Right cause”.