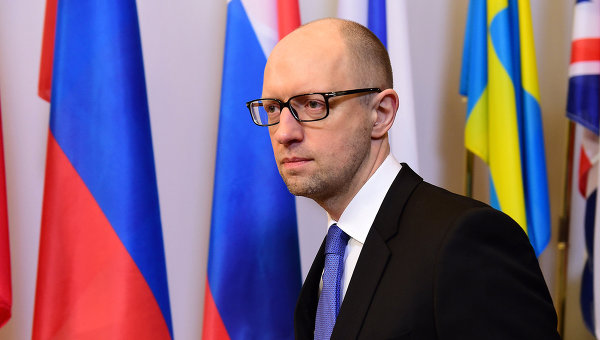 KYIV, Nov 1. The state budget of Ukraine for 2016 should be adopted simultaneously with the implementation of tax reforms, said Ukrainian Prime Minister Arseniy Yatsenyuk on Sunday in the program “Five minutes with Prime Minister” on the Ukrainian TV channel “Espressos”.

The Ukrainian government plans to adopt the state budget for 2016 on the basis of the new tax system. There are two draft tax reform from the Ministry of Finance and the parliamentary project. The latter is not satisfied with the IMF, which implements the expanded programme of funding for Ukraine. One of the requirements of the IMF to continue cooperation with Kiev — the adoption of the budget for 2016, with a deficit of no more than 3.7% of GDP, and in the case of the adoption of the parliamentary bill, the deficit will be higher.

“We need to adopt the budget by 2016, the government’s position is as follows: the budget should go hand in hand with tax reform, not Vice versa”, — said Yatsenyuk.