The main challenges to the security of Thailand and other Asia-Pacific countries remain natural disasters, the slave trade and the drug mafia. 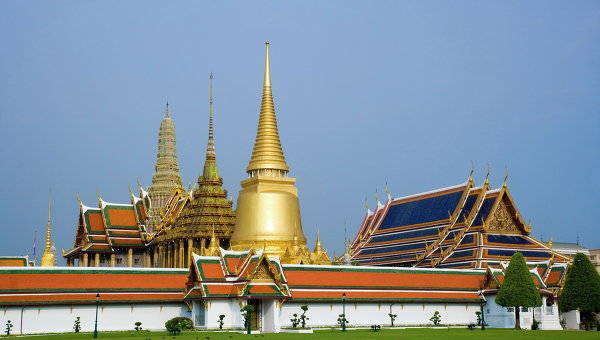 BANGKOK, 2 Nov. The costs of weapons and military equipment to countries in the Asia-Pacific region by 2016 will exceed $ 40 billion, told journalists in a press-service opened Monday in Bangkok (Thailand) the exhibition “Defense & Security-2015”.

“Costs of defense spending in Asia growing rapidly. According to the Stockholm Institute of peace research (SIPRI), arms spending in South-East Asia, except Myanmar and Brunei, rose from 14.4 billion dollars in 2004 to 35.5 billion dollars. It is expected that by 2016 this figure will exceed 40 billion,” — stated in the message.

The organizing Committee of the event said that, compared with the previous exhibition area and the number of participants in the Defense & Security 2015 increased by 30%. This is largely due to the search for new partners in the sphere of military-technical cooperation, as currently, the Armed forces of the Kingdom are undergoing a deep modernization.

“The main challenges to the security of Thailand and other Asia-Pacific countries remain natural disasters, the slave trade and the drug mafia, as well as small border conflicts with the state forces of various extremist groups,” he stressed at the opening ceremony, Deputy Prime Minister of Thailand Ruled by Wongsuwan.

Exhibition Defense & Security has been conducted since 2003, the theme of the exhibition — weapons and military equipment for the army, Navy and air force, non-lethal weapons, the latest developments to combat terrorism and other issues. This year the event will be attended by over 100 delegates from 45 foreign countries, including: Brunei, Israel, India, Indonesia, Cambodia, China, Laos, Malaysia, Myanmar, UAE, Pakistan, South Korea, Saudi Arabia, Japan and others.