The summit of the Asia-Pacific economic cooperation on November 18-19 will be held in the Philippine capital of Manila. The Russian delegation will be headed by President Vladimir Putin. 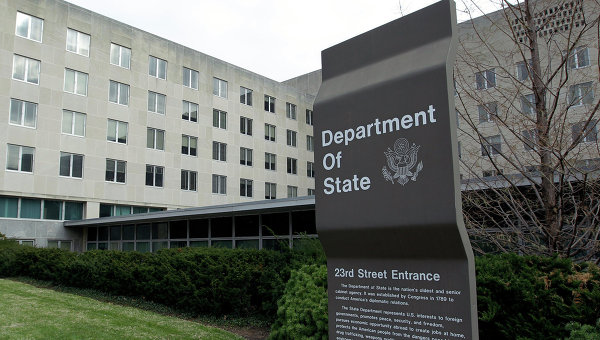 WASHINGTON, 2 Nov. The U.S. meet regularly at the expert level with the Russian side in the framework of APEC (Asia-Pacific economic cooperation), however, information about possible high-level meetings during the APEC summit in the Philippines yet, said Deputy assistant Secretary of state Matt Matthews.

The APEC summit will be held on November 18-19 in the Philippine capital of Manila. The Russian foreign Minister Sergei Lavrov earlier said that the Russian delegation will be headed by President Vladimir Putin.

“I regularly meet with Russian officials, like my predecessors. These discussions are ongoing because we have issues that need to be discussed constantly in close cooperation,” — said at a briefing Mathews, who is a senior official in the state Department on issues of APEC.

“In terms of high-level meetings, while I have nothing to tell you,” said the state Department spokesman, replying to a question, is it possible bilateral meetings between Russia and the United States on the sidelines of the summit.

APEC is an intergovernmental economic forum of the Asia-Pacific region for cooperation in regional trade and facilitation and liberalization of investment. The aim of APEC is to increase economic growth and prosperity in the region and strengthen the Asia Pacific community.

In member countries of APEC is home to about 40% of the world’s population, they account for approximately 54% GDP and 44 % of world trade.

For the period 1993-2013, took place more than 20 summits of the leaders of APEC. In 2012 Russia presided over the APEC summit. The forum was held on the island of Russian in Vladivostok. In 2014, the APEC summit was held in Beijing.