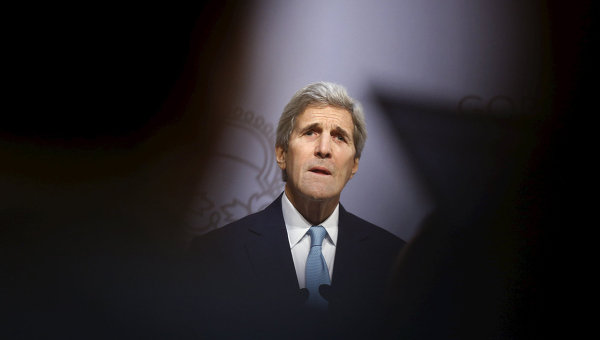 MOSCOW, 2 Nov. The United States has invited Russia and China to join the TRANS-Pacific partnership, if they are ready for open cooperation, said U.S. Secretary of state John Kerry.

“And we invite people to join various initiatives, such as, for example, the TRANS-Pacific partnership. We invite China, Russia we invite, we invite other States that would like to join, if they agree to raise the standards and live in accordance with high standards, protecting people, working openly, transparently and responsibly,” — said the diplomat in an interview with TV channel “Mir”.

The TPP agreement was concluded on 5 October. It will created a free trade area in the Asia-Pacific region. The Pacific countries account for 40% of the world economy and a third of world trade. The parties to the agreement — the U.S., Canada, Mexico in North America, Peru and Chile to the South, Japan, Malaysia, Brunei, Singapore and Vietnam in Asia as well as Australia and New Zealand. Commenting on the establishment of TTP, President Barack Obama said that the partnership is a kind of response to the growing economic influence of China. TTP will counteract this.