The number of ATMs in which customers of ICB can withdraw cash without a fee, has increased with regard to the network of Raiffeisenbank in 2 thousands of ATMs and is now almost 7 thousand devices. 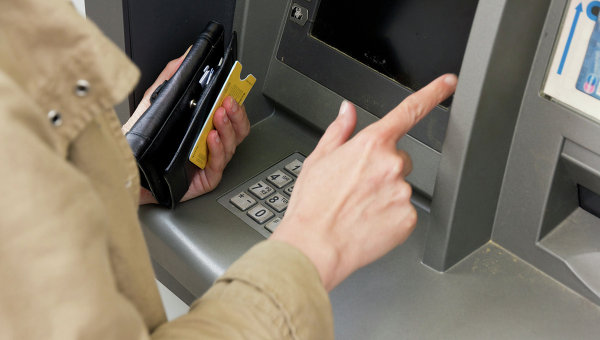 MOSCOW, 2 Nov. Moscow credit Bank (ICB) and Raiffeisenbank have announced that they are joining ATM networks, said the press service of the ICD.

“Now the clients of both credit organizations have the opportunity to withdraw cash with no fees at ATMs of both banks”, — stated in the message.

The number of ATMs in which customers of ICB can withdraw cash without a fee (including ATMs of other banks-partners, such as Alfa-Bank, UniCredit Bank, Rosgosstrakh Bank), increased by taking into account the network of Raiffeisenbank in 2 thousands of ATMs and is now almost 7 thousand devices.

“After the merger with ATM-network ICD Raiffeisenbank customers can withdraw cash without a fee at more than 10 thousand devices. The number of ATMs that are available in all offices, shopping malls, on the streets. Our payroll clients can withdraw funds without a fee at nearly 3 thousands of ATMs located in the offices of their company”, — said the head of the Department of e-business Raiffeisenbank Natalia Makarska.

ICD was founded in 1992 and acquired by Roman Avdeev in 1994. According to RIA Rating, the Bank held on 1 October 12-th place among Russian banks with assets of at 1.045 trillion rubles.

Raiffeisenbank has been operating in Russia since 1996, is a subsidiary of Austrian Raiffeisen Bank international AG. According to RIA Rating, held on 1 October in 14th place, with assets in the amount of 900,3 billion.