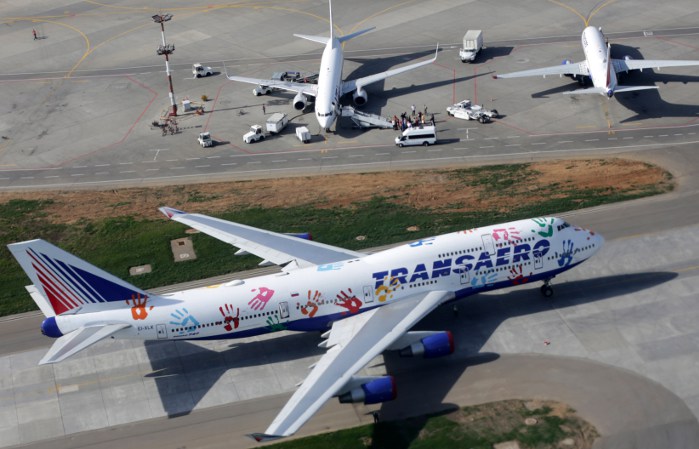 Moscow. On 2 November. The deal to buy the co-owner of airline “Siberia” (working under the brand S7) problematic competitor “Transaero” will not take place. Formally, the explanation of failure of the transaction is the same as in the case of “Aeroflot” – the owners of Transaero airlines are unable to collect the required package of shares.

“Current shareholders “Transaero” there are no unencumbered shares with 51%”, – explained in “Siberia” causes the release of Vladislav Fileva from the transaction.

On October 30 Filev said in the beginning of this week will draw on the first part purchased from Alexander Pleshakov stake in Transaero.

“I have not yet come into ownership of shares, yesterday opened a personal account. Monday-Tuesday we plan to re-execute the first part of the shares, and in the future after the resolution of the Antimonopoly Committee I will get the remaining part of it,” he said at a meeting with creditors “Transaero”.

In S7 did not explain whether the owner of the company information regarding the encumbrance of shares of Transaero airlines for the time that has passed since the Friday meeting.

At the same meeting Filev warned that will not work with “Transaero”, if he has less than 51% of the shares.

The option of acquisition Transaero Filev suddenly appeared after the collapsed deal to buy the second largest carrier by market leader state “Aeroflot”. The prospects of the deal was initially estimated market skeptical: Transaero airlines burdened with huge debt, lost his operator’s certificate, and his most attractive international routes have received “Aeroflot” – as compensation for the carriage of passengers.

The announcement of the impending deal didn’t stop the the bankruptcy process “Transaero”, initiated by Sberbank and Alfa-Bank (also ready to join VTB).

At the Friday meeting with creditors Filev did not specify exactly how he intends to withdraw “Transaero” from the crisis. “From my point of view, we will be able to restore in some form the operations of the company for six months, i.e. six months later, the company will have quite a decent amount of real cash. That’s what I with a high probability will tell you. Maybe it won’t be the company that is today in this situation, but, for example, a subsidiary of the company,” he said.

The General Director of the leasing company “Rostec” “Aviakapital service” and member of the Board of Directors of “Aeroflot” Roman Pakhomov supposed that the purpose of S7 in the deal with Transaero can be to protect the interests of Alfa-Bank, which is trying to hold the asset until the advent of the bankruptcy Trustee under bankruptcy.

Pakhomov reminded that Alfa-Bank had in fact saved the airline S7 airlines in 2010. Then, the Bank has provided credit line S7 8.9 bn for debt refinancing, getting in the provision of a controlling stock “Siberia” and two of the nine seats on the Board of Directors of the carrier.