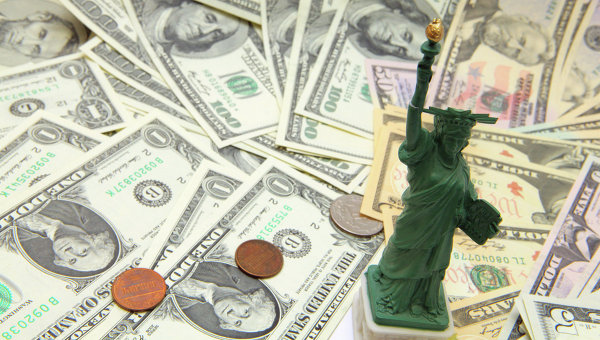 MOSCOW, 2 Nov. The dollar during trading Monday shows a negative trend against world currencies after the release of weak statistics from China, the second largest economy in the world, which renewed fears of investors concerning delay of a rate hike in the U.S., according to AFP.

According to an independent survey Caixin and Markit Economics, the index of business activity (PMI) in the industrial sector of China in October amounted to 48.3 vs 47.2 points in September. Thus, according to statistics of the State statistical Bureau of China, the PMI index in the industrial sector of the Chinese economy in October was 49.8 points, which was reduced for the third month in a row. In August this index was 49.7 points. A value above 50 indicates growth in activity, lower — its decline.

Last Wednesday the U.S. Federal reserve once again kept its base rate at a minimum level of 0-0. 25%, as analysts expected. Previously, the fed reported that for making decision on the first since 2006 the rate increase is necessary so that the level of inflation in the US was close to the target mark of 2%. Consumer prices in the USA in annual terms in September, unchanged, month-on-month deflation was recorded at 0.2%. The reason for the failure to raise rates in October was also uncertainty about the state of the global economy. The negative effects of the economic slowdown of China and emerging markets may also put pressure on the economy, noted the regulator.

Along with this decrease in the cost of the American currency contribute to internal statistics released on Friday. Consumer incomes in the country in September 2015 rose by 18.6 billion, or 0.1%, compared with August, while expenditure increased by 15.6 billion dollars — also 0.1%. Analysts had expected growth of revenues and expenditures by 0.2% in monthly terms.