The foreign exchange market will be opened near the Friday’s close levels and will trade without the prevailing trends, analysts say. Projected range for the U.S. currency reached 63.3 – 64.6 ruble, European – 69,7-71.1 per ruble. 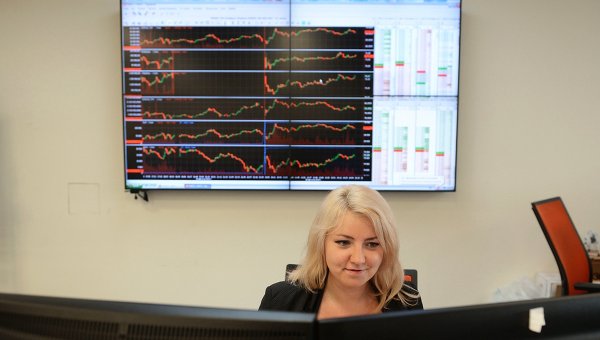 MOSCOW, 2 Nov. Elena Likova. The share market of the Russian Federation and the ruble in the beginning of the day will be consolidated at the levels of the previous opening.

The new week started very moderate volatility in the currency markets, associated with some weakening of the US dollar and negative dynamics of the Asian stock markets amid lack of Monday morning of important macroeconomic news, says senior analyst “Alpari” Vadzim Iasub.

The Russian stock market last week has consolidated at the lower end of the range 1700-1735 points, finding ideas for the assault of a seven-month highs, says Ilya Frolov from PSB.

But the stabilization of oil prices and their approximation to the level of 50 dollars per barrel can promote shopping in the coming days, he said.

The opening of the Russian share market on Monday is expected at the level it closed the previous week, says Oleg Steps from “solid”.

“In the short term, the MICEX index will continue movement in emerged three weeks ago a trading range. Obstacle to the resumption of the upward trend in the MICEX index remains the resistance zone 1740-1750 points, and the support is the region, located a bit below the mark in 1700 points,” he commented.

According to technical analysis, indicators of directed motion is not yet possible to diagnose stable trend on RTS index — continued consolidation looks the most likely scenario in the short term, says a leading analyst of investment “OLMA” Anton Startsev.

The Russian stock market may open dynamics close to neutral on the MICEX index; in the day of the probable gradual growth of stock indices, says Ilya Frolov from PSB. “We expect the MICEX index in the next few days will be able to overcome the resistance zone of 1735-1745,” he adds.

The currency market is likely to open near the Friday’s close levels and will trade without the prevailing trends, says Vadzim Iasub of “Alpari”. Daily range for the U.S. currency reached 63.3 — 64.6 ruble, European — 69,7-71.1 per ruble, he predicts.

The Russian stock market on Friday closed higher by major indexes on the background of positive dynamics of Brent oil and ruble appreciation against the dollar and Euro.

The dollar calculations “tomorrow” at the end of currency trading Friday decreased by 44 kopecks to 63,96 ruble, Euro — by 31 kopecks to the ruble 70,37.