Kyiv received 1,984 billion cubic meters of gas from Russia. With the discount, Ukraine can pay Gazprom for this volume 451,308 million dollars. Currently “Gazprom” and “Naftogaz of Ukraine” in the framework interact winter gas package. 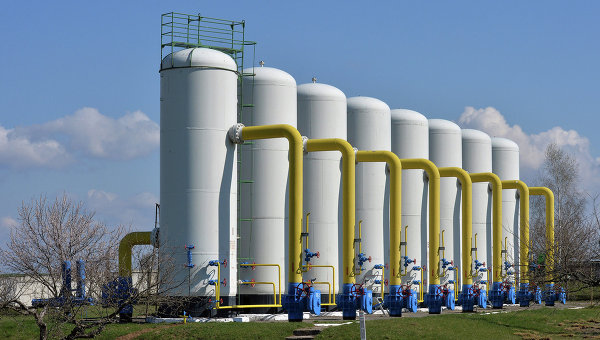 Based on the price of Russian gas for Ukraine in the fourth quarter (with the discount) in 227.36 USD per thousand cubic meters, Naftogaz can pay Gazprom for this volume 451,308 million dollars.

Currently “Gazprom” and “Naftogaz of Ukraine” in the framework interact winter gas package (initialed by Ukraine, Russia and the EC on 25 September), and on the basis of a supplementary agreement to a long-term contract. In dopsoglashenie expressly allows the selection of Russian gas to Ukraine in the maximum daily amount of up to 114 million cubic meters per day.

Thursday, October 29, it was known that “Naftogaz” in October summarily transferred “Gazprom” of $ 518 million, an advance payment for gas. The gap between the amount paid and selected in October is 66,692 million dollars. This amount is enough for about 293 million cubic meters of Russian gas.

The head of “Gazprom” Alexei Miller said on Monday that the amount of the funds transferred by Naftogaz as an advance payment for gas to Gazprom, will be enough for five days, the Ukrainian side since the beginning of November, almost three times reduced the consumption of Russian gas. In absolute numbers, the head of the concern has not led.