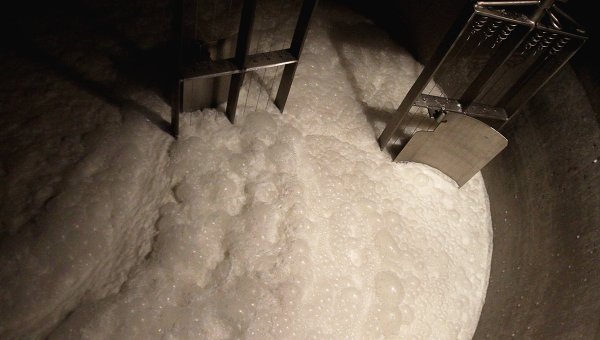 VORONEZH, 2 Nov. Danish-Swedish company Arla Foods and the Russian dairy holding “Molvest” has opened at its plant in the Voronezh region the production of butter cream with a capacity of up to 9 thousand tons a year, reported the regional government.

“New project “Organization of production of cheese “creamy” with a capacity of up to 9 thousand tons of cheese per year organized by OAO Dairy plant “Voronezh” based on “Karachaevskoe cheese plant” together with “Arla foods Artis”. Total investments amounted to 60 million rubles”, — stated in the message.

The Director of branch of OAO Dairy plant “Voronezh” — “kalacheevsky cheese factory” Oleg Gusenkov told that butter cream ArlaChefBakenRoll specially designed for professional use in the catering sector. A versatile product, suitable for both sushi and the various sauces and desserts: cheesecake, parfait, tiramisu.

“After the ban on imports of dairy products butter cream was included in the list of goods prohibited for import into the country. Many representatives of restaurant business are faced with the problem of Russian peers. That is why the production of the butter cream is a strategically important element in the development of this segment of the market”, — said the regional government.

The company “Molvest” founded in 1992, ranks third in terms of milk processing in Russia. The main brand of the group — dairy products “Vkusnoteevo”. Has eight factories in Russia and one in Ukraine. Turnover “Molesta”, according to the company, in 2014 amounted to 15.4 billion rubles, in 2015 it is planned — to 19.4 billion rubles.

Arla Foods is the large Danish-Swedish dairy producer. The headquarters of the company is located in the city of Aarhus in Denmark. Arla Foods ranks third in Europe in terms of production and sales of dairy products. The annual turnover of over 6.5 billion euros.