“Chernomorneftegaz” has had the same reserves of gas as the beginning of the heating season last year, the press service of the company. 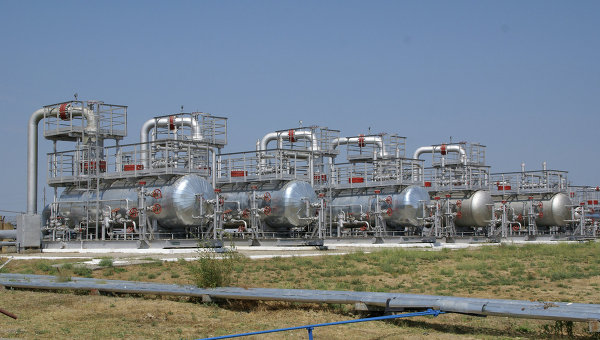 MOSCOW, 3 Nov. “Chernomorneftegaz” by the beginning of the heating season created only in the Crimea is Glebovskoye underground gas storage supply to 1.27 billion cubic meters, sufficient for the passage of winter, and already started the selection of “blue fuel”, reports a press-service of the company.

The company also noted that today the total gas consumption in Crimea is about 7 million cubic meters per day, of which 2 million cubic meters over the past day selected from UGS, the remaining 5 million was current production. As decreasing the temperature and increasing the consumption of the Peninsula of “blue fuel”, the selection from the repository will grow, add in a press-service of the company.

“Chernomorneftegaz”, supplying the inhabitants of the Peninsula gas, to March 2014 belonged to “Naftogaz of Ukraine”, but after the referendum on joining of Crimea to Russia the enterprise was nationalized. It operates hydrocarbon deposits on the shelf of the Black and Azov seas and on the land part of the Crimean Peninsula. In addition, the company provides transportation and storage of gas.

The company is the only one on the Peninsula UGS — Glebovsky, created on the basis of the eponymous depleted field. UGS lies at a depth of 940 meters, its volume is 2 billion cubic meters of gas, of which half of the buffer gas, meaning that one should always remain in storage to maintain its work. The remaining gas is called active, it is removed from storage during the heating season.

Plans to “Chernomorneftegaz” by the end of 2016 to complete the reconstruction of the Glebovskoye underground gas storage. As a result the volume of the active storage volume is expected to grow to 3 billion cubic meters.