Former rector at the new economic school will begin work at the European Bank for reconstruction and development in autumn next year. Previously the position of chief economist at the EBRD Erik Berglof held. 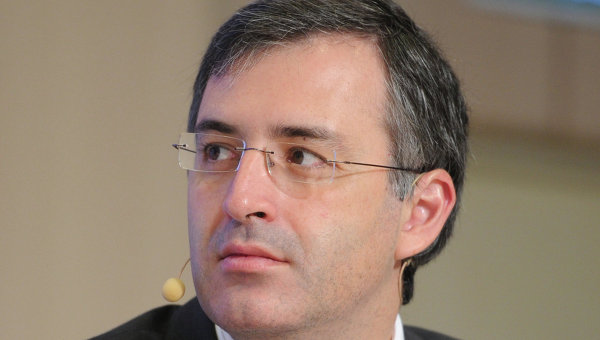 LONDON, 3 Nov. Denis Voroshilov. Former rector of the Russian economic school Sergey Guriev was appointed as chief economist of the European Bank for reconstruction and development (EBRD), the Bank said.

“Happy to announce that Guriev was appointed as our chief economist, he will begin work early in the fall of 2016”, — stated in the message on the Bank’s Twitter.

We are delighted to announce that @sguriev is to be our next Chief Economist, starting early autumn 2016 pic.twitter.com/cHLJQfJz89

Previously the position of chief economist at the EBRD took Erik Berglof, however, at the beginning of February 2015 he joined the London school of Economics and chief economist of the Bank was vacant.

In 2013 Sergei Guriev left the post of the rector of NES and went to France, stating that he felt a threat to their freedom and will not return until, until it disappears. He explained his decision to the actions of investigators who raided his office and copied the emails for five years under the so-called second case of Yukos. Later, the rector of the University Konstantin Sonin, who was considered one of the top candidates for the position of the new rector, also announced his retirement.

The first of October the Russian President Vladimir Putin said that Guriev’s departure abroad is not associated with a political position, he has not been expelled. Putin added that if Guriev decide to return to Russia, he will be happy here.