Deputy Chairman of the Council of Ministers of Cuba stated that the country needs to support economic growth. It was noted that the leadership of the island has already held promising talks with the authorities of Tatarstan. 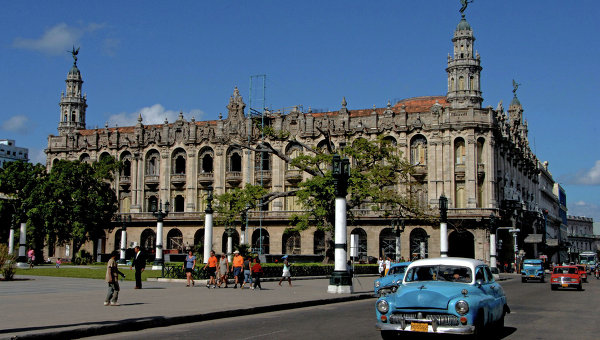 HAVANA, 3 Nov. Oleg Vyazmitinov. Cuba and Russia are set to strengthen bilateral cooperation and to ensure the effective participation of the Russian business circles in economic development of the island, said the Deputy Chairman of the Council of Ministers of Cuba Ricardo Cabrisas.

“I see a clear perspective — there is a will and determination from the Russian side, have the same answer and with the Cuban side. We need the Russian participation in the economic development of Cuba,” — said the Agency Deputy President of the Cuban Council of Ministers on the sidelines opened in the Cuban capital Havana International fairs.

“We recently made the first steps with regard to Russian participation in very important areas — energy and metallurgy. These are two fundamental areas for economic and social development of the country,” said a senior Cuban leader.

The focus of these meetings, he said, were “the prospects for effective participation of Russia and Russian business circles in economic and social development of Cuba” in accordance with what was discussed at the meetings of the leaders of the two countries, Russian President Vladimir Putin and Chairman of state Council and Council of Ministers of Cuba Raul Castro.

In addition to discussing issues related to projects in the field of energy and industry, the Deputy head of the Cuban Council of Ministers discussed with the Russian representatives and a number of other issues. Among them — “the entry of our medical and pharmacological products, particularly biotechnology, to the Russian market”, said Cabrisas. “We think not only about the economic side, but also on what could be the contribution of Cuba to the policy which the Russian government is in the health and social sphere”, — he continued.

Cabrisas praised Russian participation in International Havana fair. “A beautiful exposition, business circles very well presented. We are very satisfied not only by their participation but also the level of this participation,” said Cabrisas.

Havana fair — one of the largest in the region and the largest on the island in 15 years — opened on Monday. A special place at the fair is the Russian part. The delegation of the Russian Federation — one of the most numerous, it includes over 50 participants, including representatives of Russian relevant agencies (Ministry of economic development, Ministry of industry and trade) and large companies (“EXIAR”, “INTER RAO — Export”, “Gazprombank”, “Group GAZ”, “KAMAZ”, “EvrazHolding” and others). Presented and companies that work in Cuba, in particular, “Zarubezhneft”.