Germany should be active in the negotiations on the multinational agreement on free trade zone TTIP, said German Chancellor Angela Merkel. 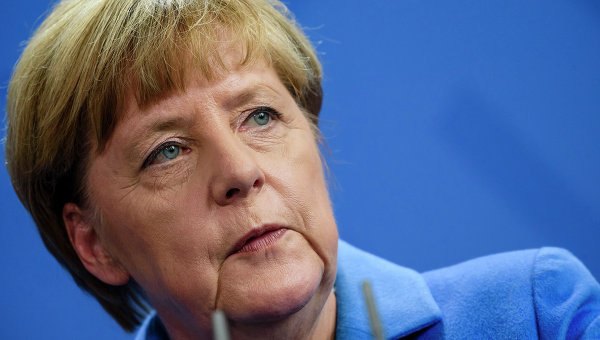 BERLIN, 3 Nov. Angelina Timofeeva. Transnational agreement on free trade zone TTIP (Transatlantic Trade and Investment Partnership) is fundamentally correct, it is based on high European standards, but Europeans must do more to protect its position in the negotiations with the United States, said German Chancellor Angela Merkel on Tuesday, speaking at the event dedicated to the Day of German industry in Berlin.

“I am deeply convinced that the agreement is correct, but… we don’t need to run after America and beg, we should be more active in these negotiations, and we do it,” he said. She added that “we are not just a trade agreement, and the agreement that builds on the high standards of the EU.”

Since July 2013 behind closed doors the EU negotiations with the U.S. regarding the TTIP (Transatlantic Trade and Investment Partnership). The development agreement scheduled for 2015, then within one and a half years, it must be approved by the European Parliament and national parliaments of the signatory countries. It is about creating the world’s largest free zone with a consumer market of about 820 million people. In addition to USA and EU countries, the project will include Canada, Mexico, Switzerland, Liechtenstein, Norway and Iceland and the candidate countries for EU membership.

The initiative is to unify trade and political standards of the countries of North America and the EU. In this case, corporate interests TTIP-the project has above national: receive a special right to protect their interests in private international arbitration courts, which are independent of national institutions. Over 150 thousand people, according to police, took part in October in Berlin in a demonstration against the TTIP. The Germans fear that TTIP would seriously violate the standards in the field of environment, law and employment in Europe.