The Minister of foreign trade of Cuba, Rodrigo Malmierca affirmed the desire to strengthen relations with traditional partners, including the United States. 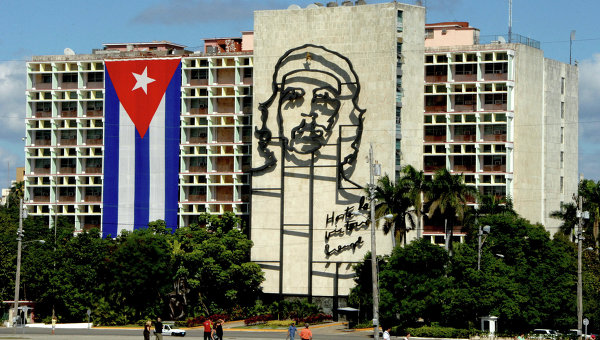 HAVANA, 2 Nov. Oleg Vyazmitinov. Cuba invites American companies to its domestic market on the same terms that apply to other countries, Havana confirms the desire to strengthen relations with traditional partners, said the Minister of foreign trade of Cuba, Rodrigo Malmierca, at the opening of the Havana International fair.

“We do not discriminate any campaign for its origin. Many American businessmen want to work in Cuba. We invite them to enter the Cuban market on the same terms with all other countries,” said Malmierca.

“And we reaffirm our desire to strengthen relations with traditional partners that have been with us before. We aim to diversify trade and economic relations, want to develop a serious commercial projects that will serve both sides,” added the Minister.

Havana international fair with the participation of Russia was opened in the Cuban capital, the exhibition is attended by about 70 countries. The fair is one of the largest in the region and the largest, according to the Minister, for 15 years — held annually, this year it takes place in the 33rd time.

A special place at the fair is the Russian part. The delegation of the Russian Federation — one of the most numerous, representing more than 50 participants — including representatives of Russian relevant agencies (Ministry of economic development, Ministry of industry and trade) and large companies (“EXIAR”, “INTER RAO — Export”, “Gazprombank”, “Group GAZ”, “KAMAZ”, “EvrazHolding” and others). Will be presented and companies that work in Cuba, in particular, “Zarubezhneft”.

The exhibition runs until 7 November. The exhibition halls are located in the complex “Expocuba” on the outskirts of the Cuban capital.