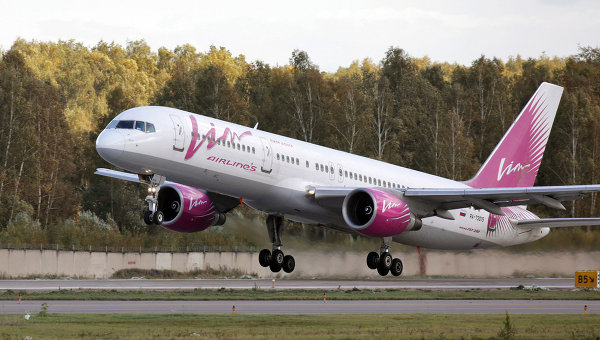 BLAGOVESHCHENSK, 3 Nov. Out of the capital of the Amur region city of Blagoveshchensk to Moscow in winter can be three airlines: “Icarus”, “VIM-Avia” and “Ural airlines”, they will carry out 13 flights per week, informs the press-service of the government of the Amur region.

“In the winter schedule of the airport Blagoveschensk transportation of passengers on the route Moscow-Blagoveshchensk-Moscow carry out three airlines”, — stated in the message.

Specifies that passengers who bought tickets in advance for the flights of “Transaero” are transferring to other flights, from the beginning of November this route is the airport of Blagoveshchensk served 1241 passenger, 94 – the company “Transaero”.

It was reported that “Transaero” has closed the sale of tickets in the Amur region on 1 October, the daily flights already bought the tickets will be delivered before December 15, the first flight of “VIM-Avia” on the route Moscow-Blagoveshchensk-Moscow took place on 15 October, on 24 October, the aircraft of this carrier fly daily. Three times a week, with intermediate landing, to Moscow transports passengers company “Ural airlines” and once a week — company S7. Airline FLY PEGAS (legal name of LLC “Airline “Icarus”) started direct flights from Moscow to Blagoveshchensk and returning on 26 October, the program of flights of the carrier made prior to March 26, 2016, with flights from Blagoveshchensk are run 4 times a week.

The airline “Transaero” has been unable to service debts, which form together with the leasing obligations of about 250 billion rubles. Her tickets aren’t sold, but flying the airlines is prohibited from October 26.