The representative of the “REEVES” will take up the position of Director of the company, and “RT Global resources” will form part of the management team. 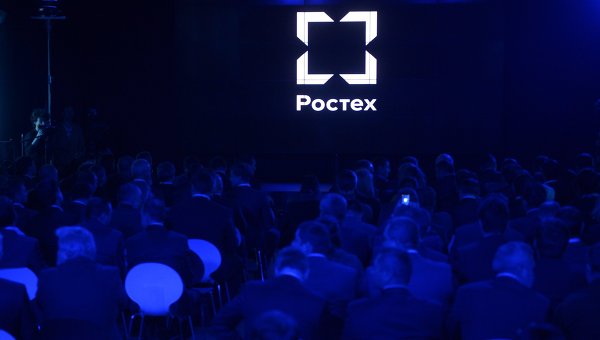 “The agreement between RTGR (100% subsidiary of SC “rostec”) and the group “REEVES” will promote the consolidation of competencies of the two companies in the mining area, to promote business development in the area of comprehensive solutions in the field of enrichment of minerals”, — stated in the message.

Under the agreement, the representative of the “REEVES” will take up the position of Director of the company, and “RT Global resources” will form part of the management team. In particular, the positions of Chairman of the Board of Directors and the Executive Director will take managers RTGR. In addition, the representative RTHR will be included in the composition of the Board of Directors of the parent company of the group “REEVES”.

It is noted that the agreement will contribute to the growth of investment attractiveness of mining projects of the company, will have a positive effect on the development of projects of import substitution in the mining sector of the Russian Federation, including the development of brand new equipment and expand its product line of “Rosteh” in the international arena.

“In the future, the joint competence of the parties will create on base “Giproiv” EPCM contractor for mining projects of any complexity on the territory of Russia and abroad”, — stated in the message.

“RT Global resources” has a significant package of active and promising projects in the field of mining and processing ore mining on the territory of Russia, countries of the Middle East and South Asia, developing cooperation in the field of development of technologies of beneficiation of Nickel-containing ores in Russia and the Caribbean, introduces the technology of enrichment of copper ores of the Udokan deposits provides the development of technologies of enrichment of copper-molybdenum and polymetallic ore projects in Mongolia (mining and processing complex “Erdenet”, “Mongolrostsvetmet”LLC).