Russian rail, road and helicopter company aims to saturate the market with Cuba and most Latin American countries with their products. 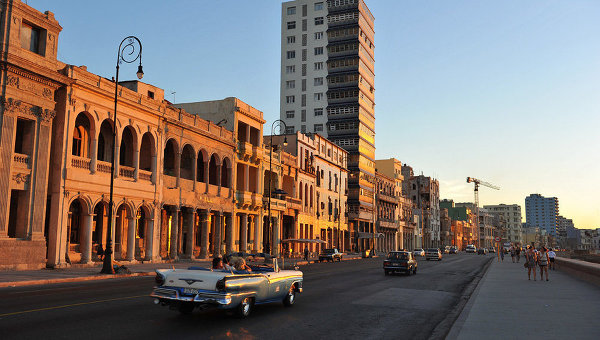 HAVANA, 3 Nov. Oleg Vyazmitinov. The Russian company will consider the possibility of creating in Cuba regional service centers for maintenance of vehicles and helicopters, said Deputy Minister of industry and trade of the Russian Federation Georgy Kalamanov.

“Helicopters of Russia” is ready to consider options for the establishment of the service center on the territory of Cuba, which would allow to modernize, repair helicopters, helicopters — not only one that is in Cuba but in other Latin American countries,” said Kalamanov, speaking at the opening of the Russian-Cuban business forum.

With regard to the supply of vehicles, it discusses the plans “not only supplies products but also on the establishment of service centres and Assembly plants” to “it was possible to saturate the market of the Republic of Cuba and most Latin American countries”, said Kalamanov.

According to him, systematic work will give impetus to development of relations between the two countries. “Cuba is not only the domestic market, but also a very large market for Latin America,” he said.

“We believe that in the near future will be the delivery of KAMAZ vehicles on the territory of Cuba,” continued Kalamanov.

Perspective, according to the Deputy head of Department, may be and supply of railway equipment to Cuba, and possibly the Assembly of cars on the island, however, this issue requires further study. According to him, Russian company “in the complex can develop the railway system of Cuba”.

“This is an essential area that needs to be addressed,” he added.