Will be signed long-term contract for at least 20 years on the completion of two units at KNPP, said the head of “Energoatom” Yuriy Nedashkovsky. Earlier, the Verkhovna Rada adopted the law on termination of the agreement with Russia on the construction of units at Khmelnitsky NPP. 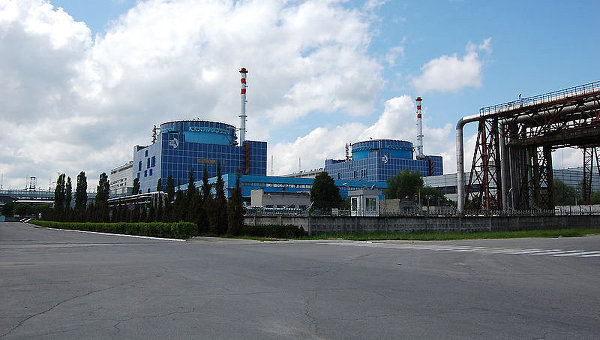 KYIV, 3 Nov. Kiev has an agreement with the British Bank Barclays on attraction of credits for the completion of two power units at Khmelnitsky nuclear power plant (KNPP), said the head of “Energoatom”, the operator of all NPPs in Ukraine, Yuriy Nedashkovsky.

Nedashkovsky noted that in connection with the conflict in the Donbas and the destruction of energy infrastructure Kiev cuts electricity exports. In particular, according to him, today Ukraine exports only electricity that is produced in thermal power plants. He noted that in the framework of the project “Energy bridge “Ukraine-EU”, Kyiv will be able to enter the capacity of 1 million kilowatts of nuclear electricity for export to the EU.

“This technical capability will be signed long term, not less than a 20-year contract. We have an agreement with the world-famous Barclays Bank, we will receive funds for the completion of two units at Khmelnitsky nuclear power plant”, — quotes the press service of “Energoatom” the words of Nedashkovsky, pronounced during a press conference at the Brussels press club.

Earlier, the Verkhovna Rada adopted the law on termination of the agreement with Russia on the completion of two units of Khmelnitsky NPP. The decision on cooperation of Ukraine and Russia in the construction of the third and fourth power units of KhNPP was taken at a meeting of the Prime Ministers of Russia and Ukraine on 30 April 2010 in Sochi. The intergovernmental agreement on the project was signed on 9 June 2010. Assessment of Rosatom, the works were to cost 5-6 billion dollars.

The Ukrainian authorities spoke about the intention to attract for financing the project of Russian credit of 2 billion dollars. Rosatom has repeatedly stated that it is interested in this project and completed all the steps to do this. Russian state Corporation in July, announced that he had not received from the Ukrainian side an official non-cooperation on the project of completion of Khmelnitsky NPP.