During his visit the speaker will meet with the Republic’s leadership and hold talks on cooperation in various fields, and will discuss topical issues of regional security. 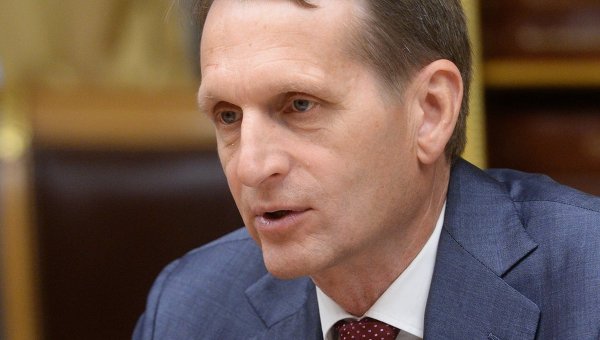 MOSCOW, 4 Nov. State Duma speaker Sergey Naryshkin on November 4-5 will visit with official visits to North African Republic of Algeria and Tunisia and will discuss with them cooperation in the fight against international terrorism, in particular the creation of a broad anti-terrorist coalition.

“The delegation of the State Duma from 4 to 5 November headed by the President of the chamber Sergei Naryshkin will pay an official visits to the people’s democratic Republic and the Tunisian Republic”, — is reported on the official website of the state Duma.

Scheduled meetings with the leadership of the republics, which is expected to discuss the state and prospects of cooperation in various fields, as well as topical issues of regional security with an emphasis on cooperation in combating international terrorism.

“Great attention will be paid to the creation of anti-terrorist international as the implementation of Putin’s idea, which he expressed in new York on September 28,” said member of the delegation, state Duma Deputy Vasily Likhachev.

The second group of issues, said the MP, will address the bilateral Russian-Algerian relations, including economic and legislative aspects. “The third group is related to the history given the fact that Naryshkin heads the Russian historical society. Will be meeting with scientists, humanists,” — said the MP.

In the capital of Algeria Naryshkin will hold a round table on cultural and historical aspects of bilateral relations. According to Likhachev, Naryshkin is scheduled to meet with the President of Algeria and the speaker of the upper house of Parliament — the Council of the nation. In Tunisia, the state Duma delegation will visit the Russian center of science and culture and will pass the books by Russian and foreign authors in Russian.