The parties are exploring the possibility of creating an aviation hub for cargo and possibly passenger transport, said Georgy Kalamanov. According to him, this is one of the important projects of Russian-Cuban cooperation. 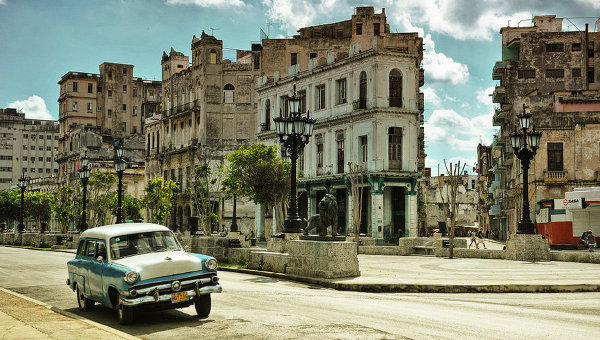 HAVANA, 4 Nov. Oleg Vyazmitinov. Russia and Cuba are analyzing the possibility of creating an aviation hub near Havana for freight and possibly passenger transport, said Deputy Minister of industry and trade of the Russian Federation Georgy Kalamanov.

The delegation of the Russian Federation participates in the Havana International fair, which started on Monday, which the Russian-Cuban business forum. Working groups of the Ministry of industry and trade and the Ministry of economic development discuss with the Cuban partners of the priority and promising projects.

Speaking about the prospects of creating a hub in the Cuban town of San Antonio de Los baños, Kalamanov noted that it “is one of the important projects for the near future between Russia and Cuba”. It is, according to him, about transportation, i.e. freight transport. In addition, “the Cuban side is considering the possibility of increasing the passenger traffic on the territory of Cuba”. “Perhaps, this airport… it will be used for transportation of passengers,” — said the Deputy Minister.

During the meeting the parties discussed further steps for the development of the project. “We believe that the dynamics should be positive”, said Kalamanov. He expressed hope that by the next meeting of the co-chairs of the Russian-Cuban intergovernmental Commission “model formation” and the concept of this hub will be ready.