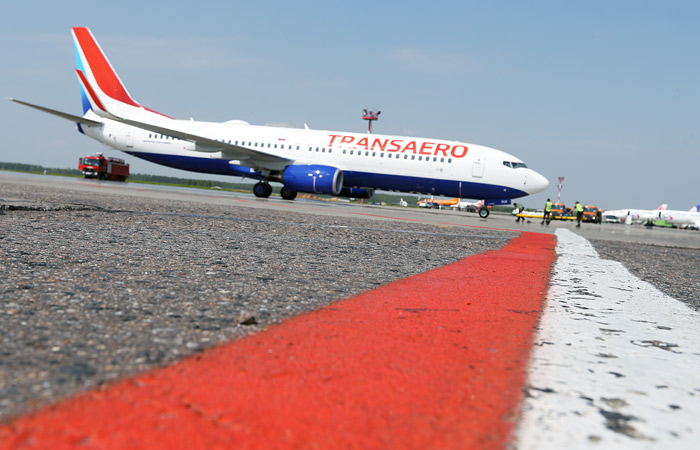 Moscow. November 3. The collapse of shares in Transaero Tuesday morning on the news about the cancellation of the deal with airline “Siberia” has reached 80%, after which paper has reduced losses to 30%.

Formally, the explanation of failure of the transaction is the same as in the case of “Aeroflot” – the owners of Transaero airlines are unable to collect the required package of shares. “Current shareholders “Transaero” there are no unencumbered shares in the amount of 51%,” – said in the S7 causes the release of Vladislav Fileva from the transaction.

On Friday Filev said that in the beginning of this week will draw on the first part purchased from Alexander Pleshakov stake in Transaero.

“I have not yet come into ownership of shares, yesterday opened a personal account. Monday-Tuesday we plan to re-execute the first part of the shares, and in the future after the resolution of the Antimonopoly Committee I will get the remaining part of it,” he said Friday at a meeting with creditors “Transaero”. In S7 did not explain whether the owner of the company information regarding the encumbrance of shares of Transaero airlines for the time that has passed since the Friday meeting.

At the same meeting Filev has declared that will not work with “Transaero”, if he has less than 51% of the shares.