The Bank “URALSIB” will have a new owner, who will receive a considerable sum from the state to remedy the financial situation of the institution. 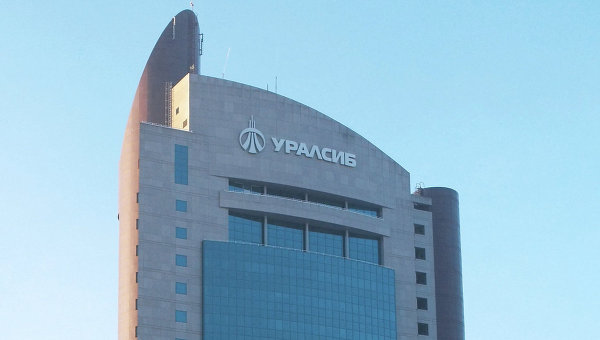 MOSCOW, 4 Nov. Bank “URALSIB”, for more than a decade owned by Nikolai Tsvetkov, is transferred to the new owner of 82% of the Bank’s shares will be bought by the businessman Vladimir Kogan, who will receive the financial rehabilitation of credit organizations 81 billion rubles from the state.

The Bank of Russia and Agency on insurance of contributions (ASV) on Wednesday morning reported that in respect of the Bank “URALSIB” has adopted a plan of measures to restore its financial situation, involving the transition of at least 75% of the shares of the Bank under the control of businessman Vladimir Kogan, and the provision to the Bank through the DIA for the credit of the Bank of Russia 14 billion rubles for a period of 6 years and $ 67 billion rubles for a period of 10 years.

The decision about financial rehabilitation of the Bank was taken after a long survey of his work forces the DIA and interaction with a wide range of investors, explained later, the Chairman of the Central Bank Mikhail Sukhov.

The results of the evaluations have identified “a fairly wide composition factors of loss of market value of many assets.” These include credit portfolio, operations in controlled financial institutions, as well as land plots and other operations.

“The economic value of the 10-year loan in the amount of 67 billion rubles, amounting to little more than 44 billion rubles, is an indicator of our needs assessments Bank in the capital”, — explained Sukhov.

The Deputy Chairman stressed that it was not just to characterize this figure the standard term “hole” because they were installed purely economic factors associated with the loss of asset value. Provide funding, he said, are necessary to improve the performance of the Bank and profitability of a wide enough functional capacity of the Bank.

URALSIB later reported that Vladimir Kogan has agreed to buy 82% shares of the Bank “URALSIB”, and the current Bank owner Nikolay Tsvetkov will retain a minority stake.

The Bank had during the 2014-2015 repeatedly to capitalize, so as not to violate the mandatory regulations. According to the Deputy Chairman of the Bank of Russia Mikhail Sukhov, for one only last year the main shareholder Nikolai Tsvetkov in different form provided the Bank with cash and assets with a total value of not less than 20 billion rubles.

At the end of 2014, the Bank has developed a plan for self-restoring financial stability, the involvement of the investor in tier I capital. In March, the Bank underwent the test of the Central Bank, which revealed underprovided reserves of 9.9 billion rubles. Since then, information about the negotiations with this or that player periodically slipped in to the press.

The owner of the Moscow credit Bank Roman Avdeev in may wanted to receive 75% of URALSIB plus 1 share for a symbolic amount of 1 rouble. This transaction is not expected cash infusion from the state — only the recapitalization of the Bank for 15 billion roubles by Avdeeva.

Later credit Bank of Moscow filed an application with the Federal Antimonopoly service (FAS) for the purchase of 93% of the FC “URALSIB”. However, the parties ultimately could not agree, probably due to the fact that Flowers have calculated that the Bank is worth more than a ruble, and Avdeev found that the assets of URALSIB was worse than he expected.

URALSIB in August became interested in Alfa-Bank, but he chose not to buy it, and to engage in rehabilitation. According to media reports, the CBR offered to Alfa-Bank for the reorganization of URALSIB about 280 billion rubles, but the Bank considered this amount insufficient.

SALE OF OTHER ASSETS

In may, the Flowers started looking for a buyer for his eponymous pension Fund, which is part of the FC “URALSIB”. Recently it became known that the purchase of the pension Fund became interested in the businessman Oleg Tinkov. According to “Kommersant”, the transaction price may reach 1.6 billion rubles.

The problem with the other asset — insurance company “URALSIB” also showed up in may. KPMG wrote in the conclusion to the international 2014 reporting that does not agree with the assessment of Bank shares insurance group — actions, in the opinion of the auditors, impaired.

Flowers in search of funds to replenish the Bank’s capital, according to media reports, in August began to discount to sell its real estate development assets. Land of 3.6 thousand hectares in the Moscow region are interested in PromSvyazCapital brothers ananyevich. The sum of transaction was estimated at 3.7 billion rubles.

In September it became known that the company BCS has submitted to Federal Antimonopoly service the petition for acquisition of the management company “URALSIB”, however, the Antimonopoly office took extra time to examine this question, arguing that the alleged transaction “may lead to restriction of competition”. Later, according to media reports, the deal is off: the BCS found in the assets of a “hole” in 3 billion rubles (bonds of the leasing company “URALSIB”).

Fitch, in turn, has noticed that the leasing company “URALSIB” has defaulted on a loan of $ 60 million, the company is trying to negotiate a restructuring. Leasing companies have negative equity (7 billion rubles), 41% of its portfolio in arrears. Moreover, of the 20 billion rubles of obligations almost all are related parties.

The fate of the pension Fund, insurance, management, leasing companies, and other asset Tsvetkov remains unresolved.