MOSCOW, November 6. Action “Transaero” in the first minutes of trading on the Moscow exchange fell 8.7% to the level of 13,01 rubles per share. 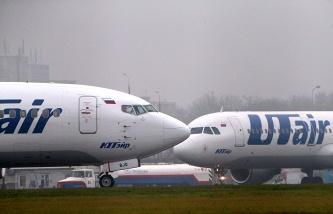 The head of the Federal tourism Agency: the bankruptcy of “Transaero” will not face major problems to the tourism market

The company will replace UTair, Transaero on Kamchatka

On Thursday it became known that the interstate aviation Committee suspended the certificate of a Boeing 737 in Russia. This type of vessels is one of the most exploited Russian airlines. According to open sources, at present in Russia there are almost 190 Boeing 737 aircraft of various modifications. The largest operator of this aircraft type until recently was “Transaero”, in the Park of which there were 52 Boeing 737. In late October, the airline had stopped shipments after the cancellation of the Federal air transport Agency of its operator certificate.