The convergence rates of tobacco excise duties would be a backward step in the fight against Smoking and failure to improve population and will reduce the profitability of the budgets of the countries, experts say. 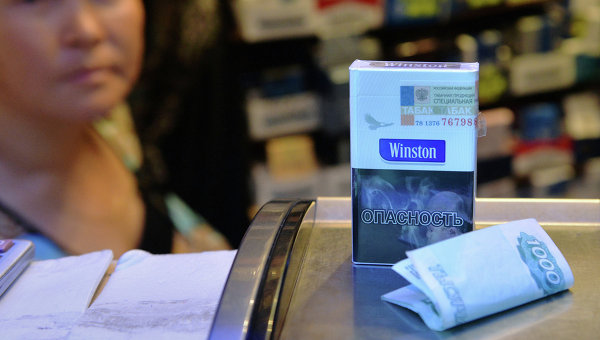 MOSCOW, 6 Nov. The convergence of excise rates on tobacco products on the territory of the member States of the Eurasian economic Union may adversely affect the health of the population and reduce the profitability of the budgets of the countries, said experts.

The Board of the Eurasian economic Commission (EEC) plans on 10 November to consider the Agreement on principles of conducting fiscal policy in the field of excise duties on tobacco products member States of the EEU. The agreement must provide conditions for the creation of a single market for tobacco products by harmonization (convergence) of excise rates on cigarettes implemented in the territory of member States of the EEU.

The failure of attempts to improve the

The convergence rates of tobacco excise duties would be a backward step in the fight against Smoking and the failure of the attempt to rehabilitate the population, says member of the expert Council of the government of the Russian Federation Larisa Popovich.

“In Russia the most important priority of the health care system is, undoubtedly, the reduction of Smoking among smokers and the prevention of starting Smoking among non-smokers. And this is, primarily, a young working population. And it is they best way to prevent Smoking works high rate of excise duty,” she said.

The Chairman of the public movement “Belarusian society of consumer protection,” Ann Land said that “to accept the agreement on the harmonization of excise duties between the two countries in this form means to undermine health policy in several States”. She also indicated that the experiences of other customs unions shows that excise rates on tobacco and alcohol remain the responsibility of the member countries of such unions.

“In the EU, for example, they differ significantly from country to country”, — stressed Land.

“In order to protect public health, prevent further increases in mortality from major noncommunicable diseases, basic excise tax rates on tobacco products should be higher at least 3 times than suggested in the present draft Agreement of the EEC”, — stressed the plane Bekbasarova, national coordinator, Ministry of health of Kyrgyzstan on tobacco control.

State Duma Deputy Dmitry Nosov considers that the excise duties should be raised, because it “will add to the budget 500-600 billion rubles a year”.

“Now the crisis, we fire people, cut salaries, and money from tobacco excise taxes could provide the health budget, the budget of the Ministry of internal Affairs, to pay for the world Cup. The money we lose because of a handful of tobacco lobbyists. For 10 years loss budget is 5 trillion. Imagine these amounts, put on the healthcare system and for the treatment of the same smokers from tobacco-related diseases,” said Nosov.

The adoption of low excise countries of the Eurasian Union is contrary to logic and the laws of Economics, believes President of the Union of scientists of Kazakhstan Orazaly Sabden.

“The case of increasing excise taxes on tobacco and alcohol is very powerful — the revenues to the Treasury in the form of 184 billion tenge (approx: 38.9 per milliardov rubles) and improving the health of the nation. This is especially important in times of crisis, when all goods are getting more expensive. I don’t understand the reaction of the government, why not take decisive action and raise this issue only to public men,” said he.

Earlier, the participants of the Eurasian intergovernmental Council signed a decree on the harmonisation of excise duties on alcohol products. While the media reported that the excise taxes on alcohol and tobacco products in the countries of the EEU can be pegged to the Euro.