The program was due to expire on 31 October 2015, but the company extended it in November. The discount is 25 thousand rubles. 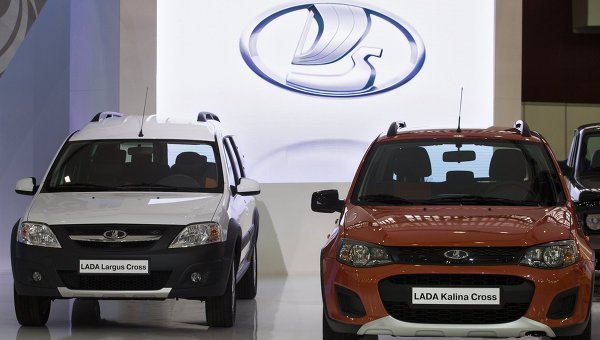 MOSCOW, 5 Nov. One of Russia’s largest automakers AVTOVAZ has extended its recycling program in November 2015, said the representative of the company.

The expiry date of the recycling program, according to the company website, previously was listed on 31 October 2015. Under the program, at the time owned the car for recycling, and buying the Lada car, the discount was 25 thousand rubles.

Sales of AVTOVAZ in Russia was largely determined by the action programmes to support the demand. Company President Bo Andersson in September, told journalists that about 40% of Lada were sold in Russia under the recycling program.

AvtoVAZ is one of the largest automakers in the Russian Federation. Production capacities of the enterprise allow to produce about 1 million vehicles and car kits annually. A joint venture of Rostec and Renault-Nissan Alliance Rostec Auto BV, which owns and 74.51% of the capital of AVTOVAZ (81.4% of ordinary and 47% of privileged shares). Now the share of Renault-Nissan JV is 67,13% (Renault — 50,1%, Nissan — control an additional 17.03%), Rostec — 32,8%.